No two ways about it.

My informed belief: he spoke about reopening the investigation into Hillary Clinton to short-circuit a leak from the FBI’s New York Field Office. I’m holding onto this belief until I get more information.

However, ProPublica reported today that the FBI sent a letter to Congress correcting inaccurate congressional testimony by Director James Comey, six days after he mischaracterized what the FBI discovered on Anthony Weiner’s laptop:

According to two sources familiar with the matter — including one in law enforcement — Abedin forwarded only a handful of Clinton emails to her husband for printing — not the “hundreds and thousands” cited by Comey. It does not appear Abedin made “a regular practice” of doing so. Other officials said it was likely that most of the emails got onto the computer as a result of backups of her Blackberry.

Only an idiot or an extreme partisan believes President Trump fired Comey because of Hillary’s emails. As I’ve been writing for months, the Russia Connection is real. It’s deep and nefarious. The public evidence alone is more than enough to indict General Michael Flynn. It seems clear there is more than enough classified information to indict Carter Page. I would guess that there is enough on Paul Manafort for an indictment. 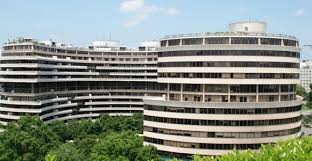 Yesterday we learned that President Obama warned Trump about Flynn, who was fired under the pretext that he lied to Vice President Mike Pence, who had received a letter about Flynn from Rep. Elijah Cummings just after the election. Smart money is on Pence knowing exactly what was going on.

There’s a lot of speculation that Trump knew Flynn was talking to the Russians about lifting sanctions. Everything we know about Trump suggests he would do this kind of thing. We have no evidence at this point, but it’s mainly our willing suspension of disbelief that prevents us from not believing Trump is intimately involved with Russia.

Trump just tossed a hot potato in the laps of Republicans. They’ve been dragging their feet and trying to focus attention on leaks of information. Sally Yates put a dent in that strategy. Trump dropped a bomb on it. If they don’t agree to appoint a special prosecutor, they’re going to have more political problems than trying replace and repeal Obamacare.

Comey is Archibald Cox. Trump is an idiot’s version of President Nixon with a traitorous twist. People are going to fall. In the White House, I predict Trump, Sessions, and Pence will go down. Page, Flynn, and Manafort will deal or go to prison. November 2018 gets closer all the time.

Boy John McCain is going to tsk-tsk about this before he eagerly votes to confirm new FBI director Michael Flynn Wearing a Fake Mustache.

“My informed belief: he spoke about reopening the investigation into Hillary Clinton to short-circuit a leak from the FBI’s New York Field Office.”

Nonsense. He did it to help Trump. Period.

I think he did it as part of some Comey-centric role-play fantasy, in which he was the brave hero doing his duty come what may.

If the NY field office thing is true, it’s pretty freaky because it means we have at least two rogue intelligence groups at odds with each other.

Hmm. If it was a leak, he made a terrible call. A leak would not have gotten nearly the attention that Comey got in writing his letter.

Personally I’ve always taken him at his word that he felt he had promised to inform Congress. He also, I think, operated under the assumption that HRC would win, so it was more important in his mind to not appear to be damaging Trump.

I do feel a bit bad for him. I think he meant well all along, and he just got caught in crossfire.

No fair googling. One of you must know. I didn’t.

“My informed belief: he spoke about reopening the investigation into Hillary Clinton to short-circuit a leak from the FBI’s New York Field Office. I’m holding onto this belief until I get more information”.

I don’t buy it. As FBI director he could have turned the entire New York Field Office into the Antarctic Ice Shelf Field Office if he so desired: there are many many ways to punish a potential leaker administratively without doing the leakers job for them…

Indeed, if Comey was the upstanding law-n-order prosecutor-above-the-fray he tries to portray himself as, he’d likely view any such leak as a bigger crime than Secretary Clinton’s misdemeanors and likely prosecute the leaker. If he was that upstanding person. I don’t think he is that upstanding. I think he was juggling politics, public perception and the law and dropped all three.

I’m not putting money on my belief, Petr. I’m puzzled. Maybe I shouldn’t be. Powerful, competent people are immune from screwing up. I’ve read that the whole NYFO stinks. As an office, they are at least as powerful as the Washington office, according to The Looming Tower.

I can’t argue when you say: “I think he was juggling politics, public perception and the law and dropped all three.”

Theory of the case: Donald Trump and his associates intentionally coordinated with Russia during the election. Russia gave at least tactical, if not monetary, support during the election in exchange for Trump’s promise to lift sanctions on Russia, which has been hurting economically since the Obama Administration put them in place after the invasion of the Crimea and Eastern Ukraine. See Lawfare: https://www.lawfareblog.com/did-trump-tell-flynn-talk-russian-ambassador%E2%80%94and-lie-about-it

The noose is tightening around Michael Flynn’s neck. The grand jury (juries) rumors, which I wrote about recently, have turned out to be true. CNN is reporting that “Federal prosecutors have issued grand jury subpoenas to associates of former National Security Advisor Michael Flynn seeking business records.”

Theory of the case: Donald Trump is a complete fucking muppet whose blistering stupidity, eggshell ego and thoroughly unscrupulous nature draws, like moth to flame, characters with even less scruples than he who, each in their own way, make attempts to thoroughly manipulate him.

Donald Trump is a walking ponzi scheme. I’m fairly certain that, when all is done and dusted, we’ll find out that he’s barely worth 10 cents, never mind 10 billion, and that the promise of more loans to keep his garish lifestyle and fragile self-image afloat –after every bank in America kicked him to the curb– led him to consult shadier and shadier characters who are using him for their own ends: Putin, Manafort, Flynn, Bannon, Kushner, even his own daughter, Ivanka, their all just working an angle on the dupe.

It’s all just one giant comb-over of fail.

WASHINGTON — Days before he was fired, James B. Comey, the former F.B.I. director, asked the Justice Department for a significant increase in money and personnel for the bureau’s investigation into Russia’s interference in the presidential election, according to three officials with knowledge of his request.
https://www.nytimes.com/2017/05/10/us/politics/comey-russia-investigation-fbi.html?_r=0

The only thing I can predict with certainty is that the GOP will continue to do nothing to stop any of this from happening. They have committed themselves to putting party before country at all costs.

Our only hope for justice in the Trump Russiagate treason scandal now rests in the US Senate. We would all do well to remember Vice President Aaron Burr’s prophetic closing address to the Senate : ” If the Constitution is ever to be strangled by a demagogue or usurper we will witness its dying agonies on the Senate floor.”

The GOP will perform the calculus of its own self-interest.

As 2018 approaches, there are a couple of variables here that will tend in our direction: 1) GOP incumbents are already weakened by their ongoing healthcare fiasco 2) Dems are fired up and ready to go 3) Trump’s criminality and treachery will become a bridge too far for more Americans.

I’m betting the cognitive dissonance resolves in our direction when the Korean War generation starts to think about handing our country over to a money-launderer for the Russians. When the American Legion gets upset, and I believe it will, the GOP will be in major trouble.

I support a special prosecutor. The Democratic Party has thrown all its eggs in this basket, forgetting the issues that really matter to people in this country.

After all the screaming there is still no shred of evidence that Russia or Trump had anything to do with the Podesta email revelation.

The Dems will be a smoking ruin after all this is over. Your party is rotten and deserves to go.

Great observation! Your comments, sir, continue to enlighten and surprise. Maybe you should write a post and share your insights and excellent sources!

The MBTA does not have a looming budget deficit in a vacuum. It chooses to shift operating money to capital & it can’t spend that money because it lacks a sufficient operating budget to hire qualified resources. #mapoli needs to understand this. https://twitter.com/bostonglobe/status/1232106190978637824

The MBTA has promised a lot of major upgrades. But can it afford them all? http://bos.gl/JXLfLf0

I’m old enough to remember Obama admin getting punished at the polls for doing a really quite decent job with Ebola.

“The Trump administration fired the government’s entire pandemic response chain of command... In numerous phone calls and emails with key agencies across the U.S. government, the only consistent response I encountered was distressed confusion” https://foreignpolicy.com/2020/01/31/coronavirus-china-trump-united-states-public-health-emergency-response/

/We need courage, not hope. Grief, after all, is the cost of being alive. We are all fated to live lives shot through with sadness, and are not worth less for it. Courage is the resolve to do well without the assurance of a happy ending./ 2018
https://onbeing.org/blog/kate-marvel-we-need-courage-not-hope-to-face-climate-change/