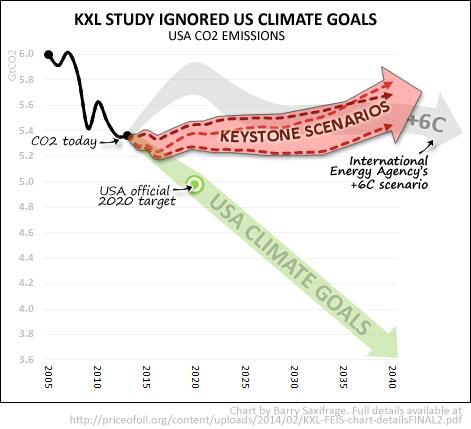 President Obama talks a lot about standing up to the industrial carbon polluters disrupting our climate. So why does he act like the decision on Keystone XL tar sands pipeline – a carbon bomb & one he doesn’t have to beg Congress to defuse – is so hard? Why are he and Secretary of State John Kerry standing by in silence as the State Department hires oil contractors to write the environmental review?

The administration’s approach to the pipeline is a throwback to the time when endangered species were defenseless in the face of corporate moneymaking. It is a reminder that even though our environmental laws use science, not profits, as the basis of our environmental decisions, any company with bottomless pockets used to be able to game the system and get away with it.

That’s why Keystone is about more than one pipeline. It is about establishing once and for all whether we have moved on from the disastrous Bush-Cheney view of environmental policy. […]

Depending on the outcome, I worry that the American public won’t just lose faith in Keystone. It will lose faith in the government’s ability to fund, carry out, understand and implement scientifically based environmental policy. President Obama doesn’t want that to be his legacy. Neither do I. And I am hardly alone.

Will President Obama and Secretary Kerry do the right thing, or will they be yes men for Washington’s big money special interests?

Please take a minute right now to ask them to say no to Keystone XL.