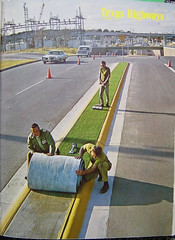 To no one’s surprise, Bill Koch’s “Alliance to Protect Nantucket Sound” front group for billionaires who hate looking at distant windmills has pledged to continue fighting Cape Wind despite the fact that the project is now committed to creating up to 1,000 jobs in New Bedford.

The statement from Audra Parker, the Alliance’s top lobbyist, calls Cape Wind a “project already struggling under the weight of lawsuits”. Audra doesn’t say, but those lawsuits have either been filed by the Alliance directly or by partners like the town of Barnstable, which has taken at least $400,000 in Alliance money to pay lawyers. Why isn’t the Alliance taking credit for its own lawsuits?

I’ve worked for or volunteered with several non-profits and at all of them, if we filed a lawsuit that slowed or stopped something we opposed, we’d be desperately trying to take credit for it. We’d have spent months or years rallying grassroots supporters behind our cause and we’d be thrilled to deliver them a win.

The Alliance is doing the exact opposite because it has no grassroots. It’s pure Astroturf, using Bill Koch’s green to buy the appearance of public support and hoping you can’t smell the plastic.