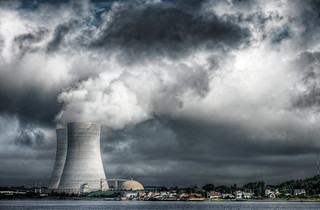 There’s also a direct link between economic growth and a sustainable and affordable supply of energy.

But as we begin the New Year, families and businesses across New England are being hit with unprecedented increases in their energy and electric bills. At exactly the same time energy prices across the rest of the country are falling. This increase is being driven in large part by inadequate delivery systems, the result of poor planning and coordination.

I look forward to working with my colleagues here in Massachusetts and with leaders like Governor Raimondo of Rhode Island as well as the other New England Governors to solve this problem while we continue to reduce our carbon footprint.

The line in bold is not true. From the U.S. Department of Energy’s latest Energy Information Administration monthly national electricity assessment:

EIA expects the U.S. residential price to average 12.5 cents per kilowatthour in 2014, which is 3.0% higher than the average last year. Prices increase in all regions of the country except along the Pacific Coast. Average U.S. residential electricity prices grow at a slower rate of 1.7% in 2015.

While electricity prices are certainly rising faster in New England than they are nationwide, that’s not what Baker said.

We often hear: Yeah, but if only we could get some of that cheap fracked gas from Pennsylvania! Prices in the Mid-Atlantic, which includes PA, are rising almost as fast as in New England.

Where are electricity prices falling? Along the Pacific Coast, because big investments in solar energy are paying off:

The reason solar energy can lead to lower costs is that electricity from the sun displaces mid-day peaking electricity plants, which can be the highest cost plants in the grid. For example, a residential solar system could turn a Southern California home with air conditioning from a high-demand point to an electricity supplier, having a huge impact on end market demand.

The impact on the grid can be seen by falling wholesale electricity prices at California’s wholesale hubs. The NP-15 and SP-15_2 hubs in particular saw the highest wholesale prices in a decade last year. But this year costs have fallen, in part because of the addition of solar to the grid.

Meanwhile, wind energy is helping keep Midwest electricity prices down during this extreme cold. Why? While fracked gas and nuclear plants love peak usage days as an excuse to charge extortion prices, wind contracts are locked in at a steady price. During a similar cold spell at this same time last year, wind energy saved Midwest consumers $1 billion in just two days.

Here in New England, ISO New England says we’re getting just 1.5% of our utility-scale electricity from wind and solar today. We’re dependent on fracked gas for 45% of our electricity. Is it any wonder why they gouge us & threaten to jack up prices even higher if we won’t subsidize their multi-billion-dollar pipeline plans?

Who are ppl voting for attorney general? Currently undecided

*** give reasons why too btw #mapoli

Join Mayor @wutrain and me this Monday, 8/15, at 7PM for a *Virtual Meet & Greet* and grassroots fundraiser. All are invited! Thank you to @votehalbert @mdmcclos @RachelPoliner @JeremyComeau and so many other amazing Co-Hosts!

Beautiful morning with @repkatehogan at the Bolton Fair. Agriculture is core to our district’s economy and vibrancy. I look forward to partnering with Representative Hogan to ensure our state continues to invest in and uplift our farmers and fairs. #mapoli

The Norfolk Cup trophy has made it to #NorfolkMA!

There is still time to register you and your little golfer for our tourney tomorrow at 11a at @ForeKicks. Visit https://www.kalkut4rep.com/event-details/norfolk-cup-parent-child-golf-tournament to sign up and we’ll see you there tomorrow! #kalkut4rep #mapoli

Great morning hitting the doors for @VoteCosta #1u #mapoli