What an unbelievable game! That pass play on second and goal by the Seahawks will go down in history as the most bone-headed call of all time. And Tom Brady will be remembered as the greatest quarterback to ever play the game!

Time to have a little fun at Richard Sherman’s expense… 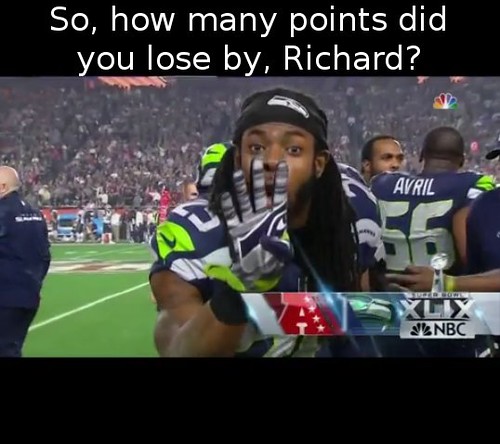