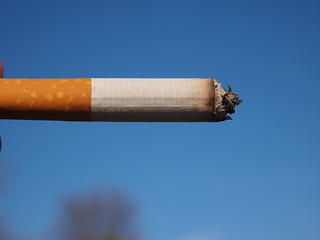 Kinder Morgan’s proposed Northeast Energy Direct fracked gas pipeline has hit all kinds of trouble, with nearby residents saying it’s not worth the risk, and folks all over Massachusetts saying its $2.7 billion cost is far too high and that fracked gas is just as bad for our climate as coal.

As Darren Goode reports (sub. req.) in Politico Pro, CEO Richard Kinder (net worth: $12 billion) is sick of all of us Massachusetts residents trying to tell him what he can and can’t do in Massachusetts:

Kinder Morgan CEO Richard Kinder said environmental protesters are using natural gas pipeline permitting as a “chokepoint” in their war against fossil fuels. But he conceded the protests are working and that his company — which owns stakes in or operates 84,000 miles of pipelines in North America — and the broader industry need to do a better public relations job.

“We’re doing everything we can,” including running ads featuring Kinder Morgan employees, Kinder said. “But, you know, it’s very difficult because protests are news and it’s difficult to disprove the negative.” The broader industry also hasn’t “done a good enough job in explaining how important what we do really is to the economy,” he said. “Sometimes I think people think we’re manufacturing cigarettes.”

Both fracked gas pushers and cigarette makers rake in huge profits by manufacturing a deadly, polluting, expensive product that’s designed to keep us addicted no matter the cost to our public health. Well, I guess Richard Kinder and I agree on something: That’s a perfect analogy!

and oil, and coal, and solar, and atomic, and wind and all the other sources for energy. The key is to not attack one as the demon or praise one as the savior. The key is to gradually reduce some while gradually increasing others. And lets not forget the need for efficiency. Last year, contacted Mass Save and was able to replace my water heater and boiler at a zero interest loan for 7 years along with a $4K rebate. I am paying $100 a month for the new system that has increased the value of my house and greatly increased its efficiency. I am saving anywhere from $20 a month in the warm months to $80 in the cold month on my heating bill.

How gradually should we phase out fossil fuels?

It’s hard not to be a hypocrite when it comes to these things. We have a Prius, but I have a sports car as well.

…that while natural gas burns cleaner than oil, the process for extracting it from the earth (ie fracking) is worse than for oil for the earth?

Hydrofracking (often) produces both liquid hydrocarbons and gases. Conversely, not all natural gas comes from fracking. In short: it ain’t that simple.

Fracking is very bad news for people who live where it’s being done. The damage includes polluted water supplies and increased earthquake activity. Fracking companies are often made legally immune from the consequences of their activities. It’s a bad idea. Given the viability of alternative energy sources, we don’t need to do it, and should not.

Often you see bus and truck companies advertise that their fleet runs on natural gas and thus better for the environment, so if those were the choices I thought it came down to would you rather hurt the physical planet or pollute the atmosphere. I agree, of course, that we should focus on the alternatives anyway.

That not all methane comes from fracked shale. The Energy Information Administration estimates that 39% of US gas does, but the figure is disputed. The more traditional method of producing gas is almost certainly less harmful than producing oil.

In recent years, developers have been selling homes without the mineral rights — essentially giving the new owners only the surface and up. They then sell the mineral rights to energy companies. You might think the homeowners are still protected because the energy companies can’t drill on their property without their permission. You’d be wrong. One of the techniques used in fracking is horizontal drilling, which allows the drillers to make a hole in the surface of one property and drill sideways for long distances, under the property of people who do not authorize or profit from the drilling. If the fracking introduces the proprietary fracking chemicals (the composition of fracking fluid is a proprietary secret that the energy companies often do not have to reveal) into the victims’ water supply, the companies are often shielded from liability for the damage. Even when they are not, they always dispute any claim that they are responsible, and when the fracking fluid’s components are a secret, it’s difficult to prove.

I highly recommend the film Gasland. If you watch it, it will change your view of energy companies. Their activities are so egregious that they meet most definitions of evil. There is also a sequel, which I have not seen.

measured as CO2 equivalent or Global Warming Potential, allows you to make that kind of calculation.

However, in the case of fracking–which entails a good deal of methane release–the actual result depends on actual practices.

I have heard folks from the Conservation Law Foundation essentially answer Christopher’s question in the affirmative, based on CO2e and certain assumptions about extraction practices.

I have a high opinion of CLF generally, but I have not seen the assumptions on which that is based.