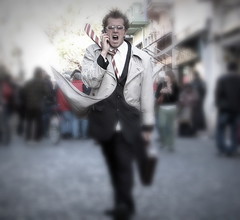 Pipeline giant Kinder Morgan is going to be glad to see 2015 come to a close. It’s seen a series of stinging defeats, and its only hope is for a huge gift in 2016 from Gov. Baker and Democrats in the form of energy legislation to force ratepayers to pay billions to subsidize new fracked gas pipelines.

Republican Senator Kelly Ayotte and Democratic Congresswoman Ann McLane Kuster both say there are too many unanswered questions about the 420-mile project that would run from Pennsylvania to Dracut, Massachusetts.

And Kinder Morgan is losing support on Wall Street:

Kinder Morgan Inc., the largest pipeline operator in North America, reduced its dividend Tuesday by 75%, in a shocking turnabout for a company that remade a staid corner of the energy sector with the promise of ever-rising payouts to shareholders. […] The move comes as Wall Street has soured on pumping new equity and debt into energy companies like Kinder Morgan, which rely heavily on outside funding, forcing the pipeline giant to choose between using its cash for growth or to make dividend payments. […]

“For Kinder Morgan and so many others, a lot of the run-up in the value had to do with the expectation that the U.S. would keep pumping oil to the moon,” said Robert Mittelstaedt, a former vice dean of the University of Pennsylvania’s Wharton School who has studied business failures. “There’s no such thing as a sure bet in commodities.”

This latest leg down began Monday when Kinder announced it’s buying a bigger stake in struggling Natural Gas Pipeline. It accelerated after Moody’s downgraded its outlook on KMI’s debt to “negative.” Kinder started out the week at $23.82. It started out 2015 at $42.64.

Why would Massachusetts go all-in on Kinder Morgan at a time when Wall Street is dumping it as a loser?

Please take a moment right now to tell Gov. Baker and your legislators to power our future with clean energy.