Pat Jehlen represents the democratic wing of the Democratic Party in Medford, Somerville, Winchester, and Cambridge. We are are delighted to endorse her for re-election to the state Senate.

Jehlen gets results. Her equal pay bill made national news when Governor Baker signed it into law last month. “Equal pay for comparable work becomes law in Massachusetts,” said WBZ. She introduced this law in 1998 and has passionately advocated for it ever since. Anyone who knows people who work should vote for Jehlen.

She helped pass the Senate’s paid family and medical leave act last week. Anyone with a family should vote for her.

She helped lead a unanimous Senate vote against funding the Spectra pipeline, a misguided corporate welfare program that would have cost taxpayers money, done little to help energy costs, and boosted fossil fuels. It has been the target of recent progressive activism. Its fate remains uncertain. Anyone who cares about our environment should vote for Jehlen.

Jehlen was a prominent supporter of the transgender rights bill that recently passed the Senate and was signed into law. Anyone who supports civil rights and personal liberty should vote for her.

This candidate has spent a lifetime as a dedicated progressive activist and tireless representative of the best of Massachusetts. Voters who value working people, families, the environment, and liberty and justice for all, should enthusiastically vote for Pat Jehlen. 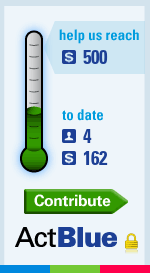