The Pro Bowl linebacker Dont’a Hightower became the latest to bow out when he told ESPN on Wednesday, “Been there, done that,” having visited with a championship Alabama team.

Tight end Martellus Bennett told reporters after the Super Bowl that he would not go: “It is what it is,” he said. “People know how I feel about it. Just follow me on Twitter.” The outspoken Bennett had joked that he might move to outer space after Donald J. Trump was elected.

The Pro Bowl safety Devin McCourty, a team captain, told Time magazine: “Basic reason for me is I don’t feel accepted in the White House. With the president having so many strong opinions and prejudices, I believe certain people might feel accepted there while others won’t.”

Additionally, Super Bowl hero running back James White is noncommittal about whether he’ll go. Considering it’s only been a few days since the Super Bowl and four players have already bowed out, it’ll be interesting to see what percent of the team does go.

Meanwhile, Patriots owner Robert Kraft, coach Bill Belichick, and quarterback Tom Brady are all longtime friends with Trump. Each has been given chances to publicly rebuke Trump’s hateful white nationalist politics, but none has done so.

I’ll update this post if & when other players join the boycott. But for now … can we talk about how awesome Chris Long & Martellus Bennett are?

Long is so far the only white player to announce he’ll skip the White House trip. Last September, he was also one of the few white players willing to publicly express understanding of Colin Kaepernick protesting the national anthem over racial oppression:

I’ll make it pretty clear: I support my peers in exercising their right to protest. This is a wonderful country, and I think everyone agrees on that, but there are things in our country that can improve. I don’t think that by acknowledging as a white male that America isn’t the same for me, maybe, as it is for everybody, the same great place, that we’re complicit in the problem or that we’re saying America isn’t a great place.

If we’re saying there are incidents of oppression in this country, systematically or individually in this country, I don’t think saying, ‘Well, in country X, Y or Z it’s 10 times worse’ is making things any better. I think that may be true, but why can’t we improve?

I play in a league that’s 70 percent black and my peers, guys I come to work with, guys I respect who are very socially aware and are intellectual guys, if they identify something that they think is worth putting their reputations on the line, creating controversy, I’m going to listen to those guys.

And I respect the anthem. I would never kneel for it. We all come from different walks of life and think differently about the anthem and the flag and what that means. But I think you can respect and find a lot of truth in what these guys are talking about, and not kneel. Those aren’t mutually exclusive ideas.

Long seems like an excellent guy. He once published an adorable list of the most embarrassing things he’s ever done.

Both Long and Bennett are must-follows on Instagram. Here’s Bennett dressed as Pikachu to read to kids at Boston’s Children’s Hospital (via Gronk’s Twitter): 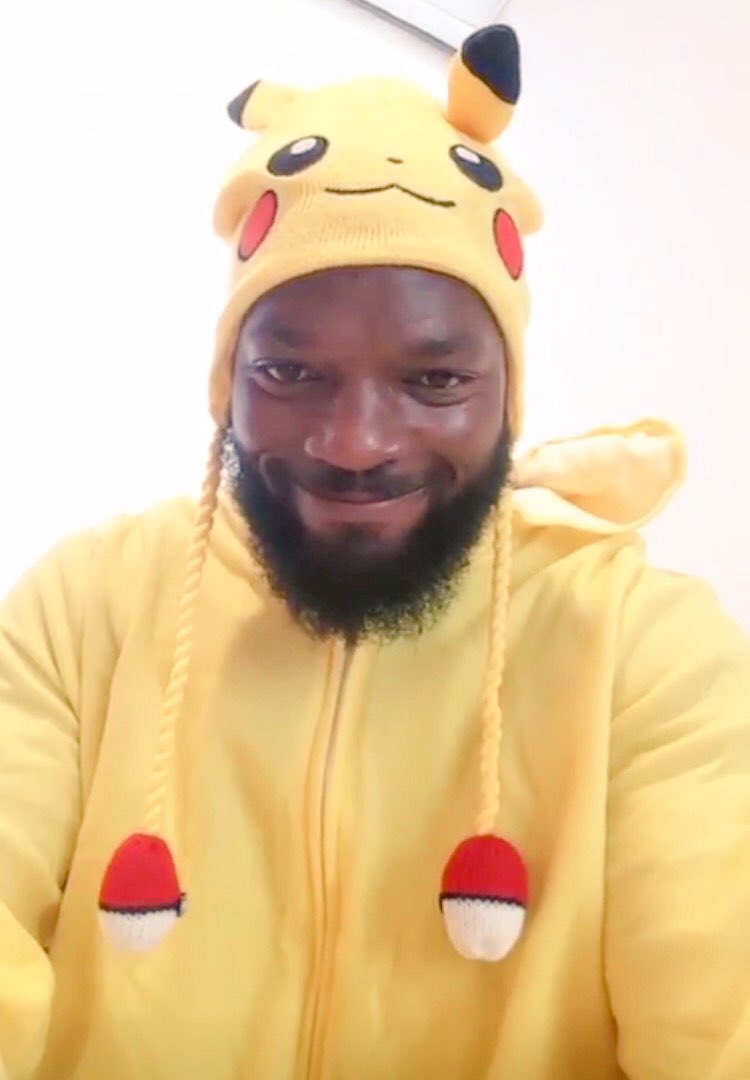 And as seen in the picture at the top of the post, Bennett loves NASA:

“I do like outer space a lot,” Bennett said with a chuckle. “And after watching ‘The Martian,’ I’m trying to science the s— out of this game plan.”

How does a player do that?

Bennett didn’t get into details, but nonetheless seemed to take enjoyment in playing off actor Matt Damon’s notable line in “The Martian.”

The bottom line, of course, is to each his own. Every player should do what they think it best.

But I was offended when Tim Thomas boycotted the Bruins White House visit over politics (specifically, Obama). I thought it was rude, and it called an inappropriate amount of attention to him, pulling it from the team.

The Patriots, by order of their coach, are not even allowed to talk to reporters (Brady is, maybe one or two veterans are — nobody else). This is an apolitical event to recognize the team. Some of these guys will never go to another Super Bowl. It’s not fair to those who just want to go, to divide the team over Trump.

I get that Trump is a whole new level of bad, and I respect (as fellow Americans) their choice to boycott. But I have to be honest, I wish they wouldn’t.

…as I would have for any other President of either party, but for me “whole new level of bad” places me on the other side of this discussion for the first time ever.

I get why black players and their white allies don’t want to shake hands with him. I also hold nothing against the players that choose to show up. At the time, I said Thomas had his right to free speech, and we had the right to ignore him.

If John Lewis cosponsored a bill and it passed and Trump signed it, he’d go to the signing, right? Because it would be about the bill.

But he found a way to make all of those events all about him. Who’s to say he won’t bash Arnold’s ratings or talk about his poll numbers at this event? Already on twitter he claimed credit for the Patriots success on the field.

I pass no judgment on African American or white players who decide they don’t want to be co-opted or objectified by this racist administration. This administration is fundamentally different from any other. Bush supported a lot of bad policies, but he usually comported himself with grace and humility during events like this one. We have no reasonable expectation that Trump won’t politicize this event and make it about him.

… he’d bring up this whole “I lost NH because of buses of voters from MA” deal. “You guys know what I’m talking about, right?” he’d assert.

But these events are bigger than him, and the people who go go because of the events themselves, not him.

Congratulating the team who won the Super Bowl is a tiny thing the President does, but it’s a pretty huge thing for the team itself.

Yes, Trump is a racist. He said “My legacy has its roots in my father’s legacy.”

And Woodie Guthrie knew his father. Woodie wrote about the so-called president’s father.

I suppose
Old Man Trump knows
Just how much
Racial Hate
he stirred up
In the bloodpot of human hearts
When he drawed
That color line
Here at his
Eighteen hundred family project ….

Rask has been overrated and overpaid. Coach Claude handled that incident with a class his former bosses didn’t exhibit when they canned him during the Tuesday news dump of the Pats parade. Brady, Belichik and Kraft probably voted for Trump but they also won five superbowls with a franchise that nearly got shipped to St Louis it was so terrible. So they get a pass while they wear the uniform-and at least they keep their mouths shut unlike Schilling who will hopefully get creamed by Elizabeth Warren in 2018.