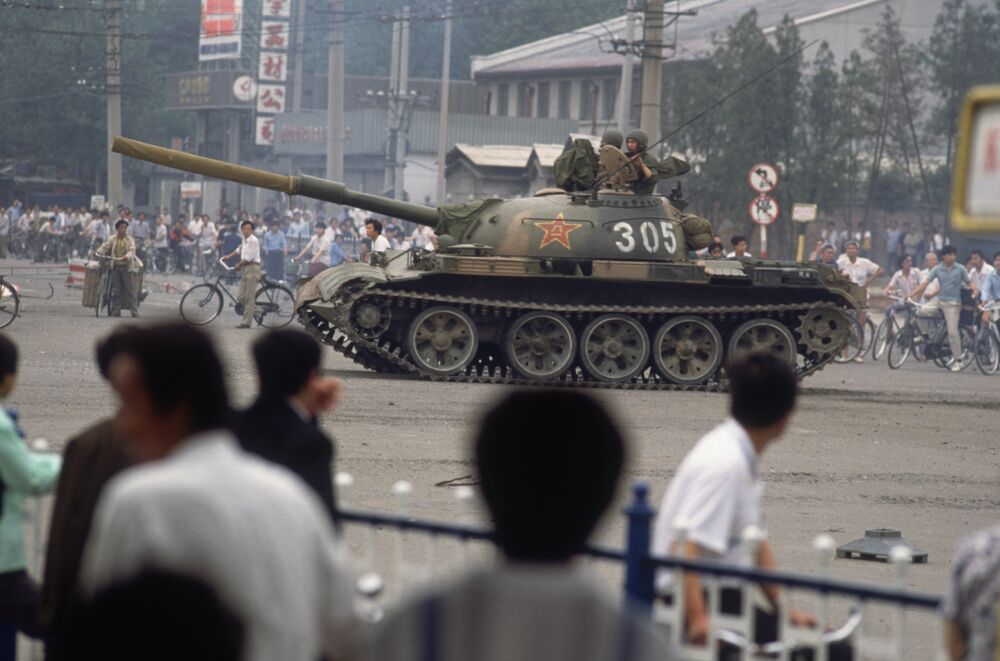 On Saturday, May 30, 2020, police in Minneapolis, without warning, shot flash-bang grenades and tear-gas at an MSNBC crew while it was broadcasting a live spot by MSNBC anchor Ali Velshi. Mr. Velshi himself is hit by a police projectile at the end of the spot. On the same day, a police vehicle DROVE INTO A CROWD of protesters who were pelting it with water bottles and trash. New York City Mayor Bill de Blasio made excuses for the police perpetrators when he should have been calling for prosecution and conviction for attempted murder (among other charges).

The day before, a black CNN news crew was arrested on live television by Minneapolis police without warning. A white CNN reporter in the same demonstration was ignored.

Let’s not delude ourselves about what is happening here. White racist America has been arming racist cops with military-grade weapons while pursuing racist policies against blacks for more than a decade. We saw a dress rehearsal in the chaotic Keystone Cops response to the Boston Marathon bombing.

Blacks, Hispanics, immigrants (regardless of legal status) and other scapegoats are being targeted by authorities RIGHT NOW. Government forces are arresting journalists RIGHT NOW. Donald Trump is threatening an executive order to attempt to silence social media RIGHT NOW.

Just so that we’re all clear about the players, let me point out that a Democrat was or is governor of each state (Minnesota, New York, and Massachusetts) where and when these events took place. Similarly, a Democrat was or is mayor of each city (Minnesota, New York City, Boston) when these events took place.

This systemic racism is just as much a Democratic problem as Republican.

If there are ANY sane heads left in government, they MUST stop this tyranny RIGHT NOW. Those who have been saying “it can’t happen here, not in America” are NOT paying attention.

Will we allow our police and military (the National Guard are participating in the violence against protesters in Minneapolis) to continue this brutality in our name?

I suggest that it’s past time to worry rather less about what might or might not happen in November, and to focus our attention on what is going down RIGHT NOW.

If we do not, then November 2, 2020 might be just another day of tyranny in the New America.

Let’s not delude ourselves about what is happening here. White racist America has been arming racist cops with military-grade weapons while pursuing racist policies against blacks for more than a decade. We saw a dress rehearsal in the chaotic Keystone Cops response to the Boston Marathon bombing.

Yes. But let’s not forget that almost every major American city is controlled by Democrats, often by huge margins. Right now, cities like NYC (which has a nearly $6B/yr police budget) are expanding spending on police while cutting back on education, social services, and housing. The MA Senate voted 31-6 on a Blue Lives Matter bill enacting mandatory minimums for someone who assaults a cop.

This ain’t just them. This is us.

I enthusiastically agree with you about this. It was the aspect of Martha Coakley that I most strongly opposed. The militarization of America’s police exploded during the Barack Obama administration. It was one of the most pernicious aspects of the “war on terror”.

In fact, you’ve explicitly nailed my motivation for writing this diary.

We Democrats are surely better able to put a stop to these abuses by Democratic governors and mayors than any Republican.

We must stop this. NOW.

We can and should both be tough on those who assault cops and hold cops to higher standards.

No. We need dismantle the police state that terrorizes and murders black and brown people and the mentally ill.

“Assault” on police is almost always an immediate human response to gratuitous violence from police.These “Blue Lives Matter” type bills were a direct response to Black Lives Matter to further enhance and send the message that the police are special and can act with impunity.

When you couple the two, like this, you perpetuate the problem.

Neither did the bill referred to by doubleman.

Did you watch any of the video clips I posted? I’m asking this seriously.

None of these show anybody assaulting any cops — just like the video of the cop murdering George Floyd did not show ANY “assault” on Mr. Floyd.

Breonna Taylor was not assaulting police when she was shot EIGHT TIMES by police in Louisville, KY. She was asleep in her bed when police burst into her apartment in the dead of night.

The NBC camera crew shot with pepper-bullets on live TV while covering the resulting protests was not assaulting police.

I MUST ask you to stop defending uniformed thugs — or admit that you are part of the systemic racism that is tearing us apart.

Last edited 1 year ago by SomervilleTom
2
0

Do you seriously believe I am defending those actions?

Commentary that responds to crimes like this with warnings about assaulting police has the effect of defending those actions, whether or not that effect is intended.

When you encounter the grieving widow and children of a man who drank and smoked himself to death and died of cancer at the man’s wake, do you say “but he brought this on himself”?

I hope not. The only appropriate response to outrages like this is to demand that they stop.

Last edited 1 year ago by SomervilleTom
1
0

Well, I’m speaking generally about public policy, not consoling an individual grieving widow. I guess I assumed the part about these acts need to stop went without saying among us.

Understood. I understand that we agree that these acts need to stop, I’ve not doubted that.

Public policy is played out in a cultural context and landscape. All of us are grieving right now, and every public policy announcement is being heard by those who are grieving.

My wife just became a US citizen this winter. She and I are grieving the apparent collapse of the rule of law. We are grieving what appears to be an explosion of our police state, coupled with what seems to be a complete abandonment of even cursory attempts by government to protect basic rights and freedoms.

I’ve come to expect such attacks from a vicious, brutal, and utterly corrupt GOP.

I am looking for assurance that my party and its elected officials — including its nominee for president — will vigorously and effectively protect and defend these basic human and constitutional rights.

I’ve written here many times that the “war on terror” and its resulting militarized police forces are much more clear and present danger to my family and myself than ANY terrorist. The same is true about these protests. The 15+ million assault weapons distributed in America by the NRA (and funded by Vladimir Putin) are NOT in America’s ghettos, they are in the hands of America’s white supremacists.

The police have little to fear. Anybody who values the rule of law has a great deal to be afraid of.

Last edited 1 year ago by SomervilleTom
1
0

Also something we can all do in our own backyards is to protect budgets for schools, affordable housing, mental health, and wrap around services while actually cutting police department budgets and benefits. Especially the idiotic and corrupt detail pay system. Read any local salary list and it’s always beat cops making more than the mayor or the superintendent let alone the teacher. Teachers get suspended without pay, cops always get suspended with pay. It’s time to change the paradigm.

Our entire state is going to be slammed with history defying budget deficits and it will be up to us to use this as an opportunity to show what we value.

All for protecting or even enhancing the budgets for the services you mention, but goof luck running on a platform of cutting police budgets. I too have noticed how much cops can make, especially on overtime, but I can see the ads now – “JConway is soft on crime; JConway wants to take money from our heroic first responders!!!!!!”

Yes, it would be hard. Democrats fully embracing that thinking for decades and supporting bad policies on police have made it harder. We’re noticing now that in some cities (especially NYC) the police are far more powerful than the elected officials. Minneapolis is taking some of the right steps now. Boston should follow, but good luck getting Walsh to buck the police. He’s gotta be defeated.

facts! As should WE ALL, if we want to #BTogether again. #NITM @B87fm #BOSpoli #MApoli

I feel so much better about eating out in #Boston tonight. #vaccinated @reillyadam

This is video of @MayorWu being accosted by protesters as she leaves her house the other day. As you can hear, they call her a "Nazi" and tell her to "get out of my city you Communist piece of shit" #bospoli #mapoli #townies

Such a good thing. We ned this in Massachusetts. #mapoli #CripTheVote

These people are making over $150,000 a year. Many don’t live in the city of Boston. They don’t spend their money in Boston & they want you to feel sorry for them.

And it doesn't have to be this way. Also, @MayorWu promised that the police wouldn't be involved in enforcing vax passports. Yet, they were out in full force yesterday, not bc they wanted to be, but bc @MayorWu made them. She is a liar! Please roll back these anti-people policies https://twitter.com/revolutino/status/1482509856103800837