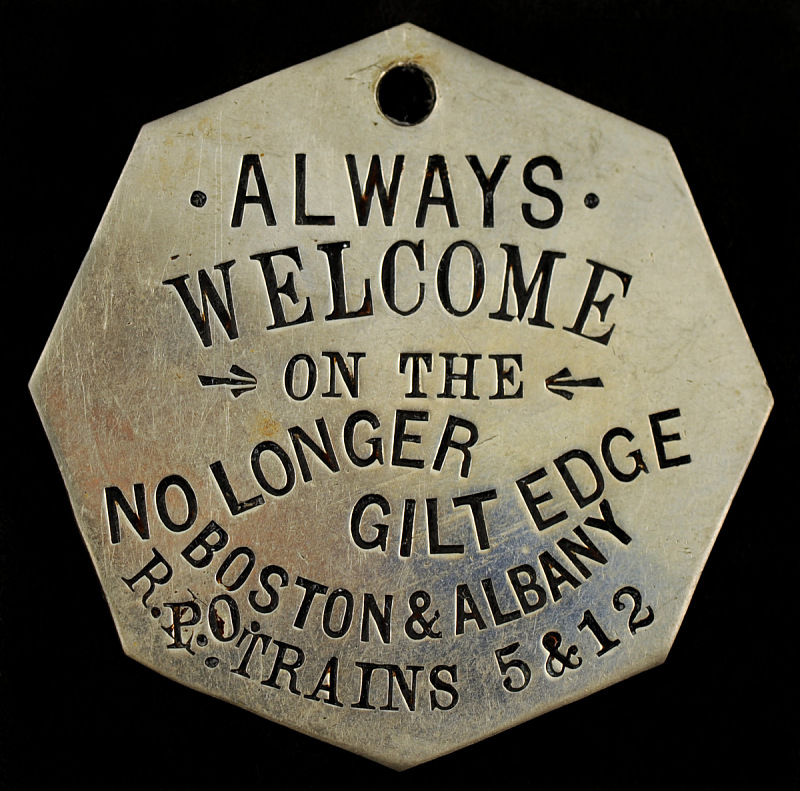 East-West Rail may live again – $50M is in the bond bill, but only Springfield-Boston. (Smithsonian Open Access) “The phrase “Always welcome on the no longer gilt edge” may be a reference to the usually reliably profitable Boston & Albany enduring a bad year.”

A fair number of good things made it into yesterday’s transportation bond bill passed by the MA Senate. But there was one huge missed opportunity, and amendment to spend a down payment of $350 million on “regional rail” — expanded schedule of the commuter rail lines, plus electrification. It would have been great, transforming the convenience and usefulness of rail travel locally. And frankly it’s not that much money — $2.6B altogether by 2026.

Jarred Johnson, Chief Operating Officer of TransitMatters, wrote in an email Thursday evening that he was “disappointed that the Senate chose not to commit to regional rail,” particularly for the improvements to the Fairmount and Providence lines that the MBTA board endorsed last year.

“Regional rail is not about one line, it’s a total transformation of the network,” wrote Johnson. “The Fiscal Management and Control Board acted boldly last year, we hope that the Conference Committee will add language that makes commits the state to the region-wide investments we need to transform our Commuter Rail network.

I’m always interested in political accountability. And usually legislators are interested in avoiding it. This is a great example: The $350 million for regional rail was an amendment by Sen. Nick Collins, which was “withdrawn”, pulled back before a vote. That means that it either didn’t have leadership support or majority support; but this way no one actually had to be on the record voting for it or against it.

That’s not how I see it. If no one’s accountable, everyone’s accountable. I’m guessing my Senator, Cindy Friedman, was for it. But if she didn’t get up and make a stink about it, she’s responsible for its failure as well. Lack of transparency implicates everyone.

Well, don’t pour one out for regional rail yet; as Jarred Johnson says, there’s always Conference Committee. The work goes on, the cause endures, the hope still lives, and the dream shall never die …

Very disappointing, especially since this is the best way to get low income communities to better utilize the commuter rail and undo some bus bottlenecks. Also an all electric/free bus is an easy/cheap to implement climate win.

Last edited 18 days ago by SomervilleTom
0
0