Sorry, I just can’t believe this (from UMass): 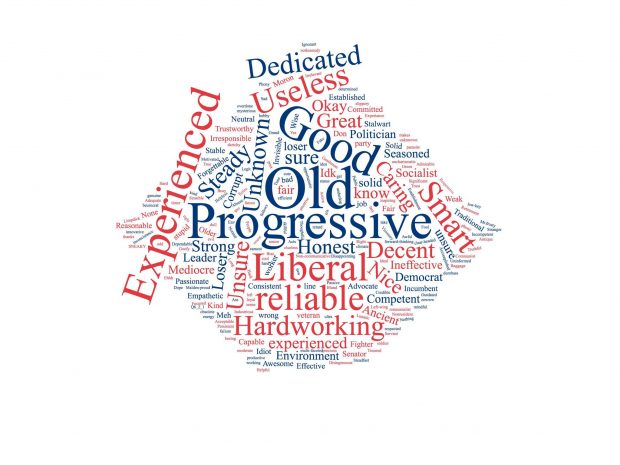 What people think of Markey

More from UMass, including these great word clouds. 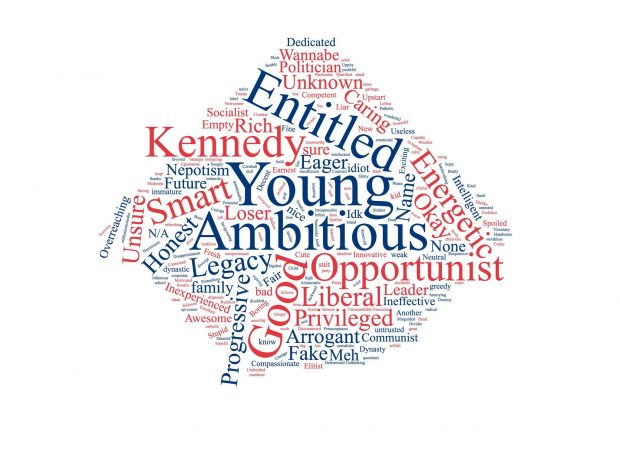 What people think of Kennedy

In the poll, people rate Markey better than Kennedy on seven categories. Kennedy narrowly edges Markey on one, “race relations.”

Two weeks out from the day the polls close!

The confidence interval for this poll is fairly large as these things go.

I think it’s going to be difficult to poll this race one way or the other because of the unpredictability of the mail in vote. I have my ballot and will ruminate on it a little more before deciding who to vote for. I’ve gone from lean kennedy to solid Markey to lean Markey. I never thought I would be lean Moulton, but his challengers are very unimpressive. Disappointed nobody is taking on Donald Wong and I can’t vote for my friend Joe Gravellese because I only live a few blocks away from his district.

I think I understand why you are in the middle. And I don’t pretened to have an answer. Not supposed to say this 2 weeks before the polls close, but my guy (Markey) isn’t perfect.

Still I hope you will continue to lean. It would just be a terrible blow if we lost him in the Senate at this time.

I think he has a comfortable lead now, his latest ad was very good. He vowed to get President Biden to sign the Green New Deal so I will hope him accountable if he does not.

I’ve known Angus McQuilken from Young Dems and his days working for Cheryl Jacques. He is a solid progressive, probably the most left of the three from what I can tell. He would get my vote if I were in the district.

Wong’s district used to be Mark Falzone’s, so it’s not like a Dem can’t win there.

There wasn’t even one on the ballot for the rep seat, maybe I’ll write Fred in.

That’s a good endorsement from you Christopher. The other challenger campaigned for Moultons 2014 opponent.

I know there wasn’t, so my comment was lamenting that since it’s not as if one would have no chance.

I am genuinely curious how much a D without any campaign presence would do in a presidential year. I know his last serious Democratic opponent, who was reasonably well funded, lost 55-44 which tracks pretty closely to the Trump/Clinton divide in the district overall. Wong is also well known locally and visible in the community.