My father, John Joseph McGinty, pictured below in San Francisco on his way to serving America in the Occupation Army of fascist Japan, in Nagasaki, in 1946.

He died of cancer in 2000. We do not know whether it was related to exposure to radiation. Dad never boasted or talked about his service.

According to Donald John Trump, who never served his country (or anyone, ever, except himself), my father, Jack McGinty, was a “loser” or a “sucker”.

My father faithfully performed his patriotic duty of service to America. The world is a better place because of his presence and legacy on the Earth and in America, through the various acts of service of my five siblings, two cousins whom he helped raise, and my mother, Mary.

Jack McGinty was no loser. He worked in a union job throughout his life to give us a chance to aim as high as we decided to aim. Over one thousand people lined up to visit at the wake of this quiet, humble man in Lynn, Massachusetts on an August day.

He was a good man. No shyster, who wouldn’t understand goodness if he tripped over it, can take that dignity away from my father. 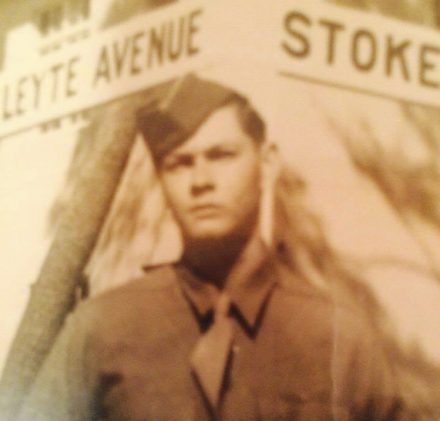