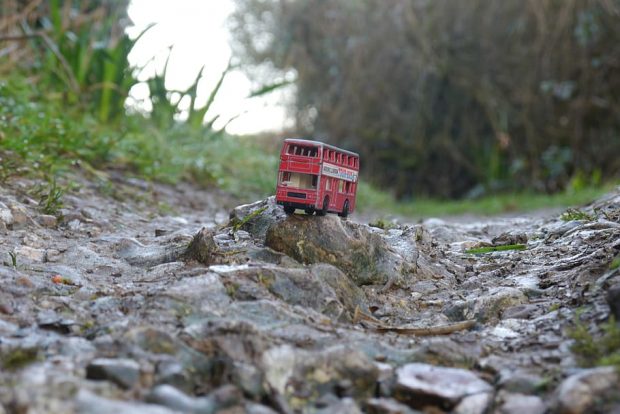 My biggest fear—make that my second biggest—is that we will not have the guts or the wisdom to do the extraordinary things that must be done to return this country to its people.

Our party will need to be bold, to keep the pressure up, and to do so in the face of a cunning, unprincipled, and well financed opposition. I fear wobbly knees and nostalgia for a united America and those good old bipartisan days will do us in.

I do not believe we need to cut a path through the law to catch the devil. But here is a line we should draw.

The illegitimate gains of the Trump administration—the partisan hacking of the courts, the phony pretend science used to gut health and environmental programs, the repeal of voting rights in the courts and on the ground, must not stand.

It should be our policy to reverse them by any constitutional means, however norm-shattering.

Because normal is done and we cannot go back. The old neoliberal norm made Donald Trump president.

If we are wise, we can make a new normal, but not overnight.

The only limit I would propose is to use those extraordinary powers to reset the status quo.

So, unpack the court, and create new courts to hear science and voting-rights cases. That’s a response to McConnell court packing.

For a fixed period, say a year, give the president the power to rescind his predecessors regulations by executive order, provided that this power can only be used to restore the pre-Trump status quo ante. Otherwise the full provisions of the Administrative Procedures Act, a bulwark of the rule of law, should still apply.

Do you think we are up for that?

One path that I’d like to see more discussion of is to use the power of impeachment to remove ALL the judicial appointees of Donald Trump and his co-conspirators.

The Constitution gives great latitude to the Senate about the specifics of both consent and also impeachment. The Senate has, for generations, consented to judiciary nominees (not the Supreme Court, but the lower courts) in large blocks of dozens or hundreds of names.

I’d like to see an exploration of whether the House and Senate could do something analogous with the appointees of Donald Trump.

We know that Mitch McConnell intentionally blocked ALL nominees of Barack Obama in the final two years of his term. Mr. McConnell did that in order to pack not just the Supreme Court but the lower courts as well with incompetent right-wing hacks.

I’d like to see a Democratic House impeach ALL of them, include the three nominees to the Supreme Court. I don’t think that requires changes to the Constitution. I think it instead requires political courage and an eagerness to, as you say very well:

I think there ARE Constitutional amendments that also must be passed:

I think Trump is the strongest argument we’ve ever seen for keeping the 22nd amendment. I’d rather not constitutionalize abortion in either direction though would be open to a general amendment protecting the right to do that which does not impact others. I completely oppose impeaching anyone who cannot be credibly accused of directly committing treason, bribery, or other high crimes/misdemeanors.

Donald Trump will not be able to win re-election even once without destroying the rule of law.

I invite you to review the two-term presidents since the 22nd Amendment has been law and ask whether America would be better or worse today if they had been able to run for a 3rd term.

I think George W. Bush would have been smashed by Barack Obama had he attempted to run — the Great Recession ended any ability for him to be re-elected.

I think Bill Clinton would have wiped the floor with George W. Bush, and America would be FAR better off.

I think Barack Obama would have similarly DESTROYED Donald Trump.

I think that the evidence is already compelling that the nomination process of Donald Trump was criminally corrupt. I think that taints every appointee, and that’s more than enough to qualify as “other high crimes and misdemeanors”.

I also think that Donald Trump is the strongest argument we’ve ever seen that the impeachment standard is impossibly rigorous. This nation’s inability to remove Donald Trump from office shows an egregious failure of our checks and balances.

Removing the judiciary appointees of Mr. Trump would help us find a more workable standard.

Last edited 4 months ago by SomervilleTom
0
0

I’m envious of Ireland which held an up or down national vote On the question that took it from a rigid backwater on the question to being more advanced than the US overnight. I wish more legislatures and voters could follow Nevada’s lead and codify these rights into law. I’m grateful our own legislature has already done so.

Overturning Roe would be the signal worst thing to happen to abortion rights in the short term and the single best thing to happen to it in the long term. The right wing is aware of this of course and will instead chip away at it which ends up nullifying it in practice while preserving it in theory. They have done this for two decades now without any of the fury that the court vacancies always generate. There are many states already where this right exists only on paper. Better to let the pro choice majority codify this issue with their votes in my opinion.

Before people come at me my own position is now 100% pro choice and pro taxpayer funding. I would love the opportunity to pass binding ballot questions in all 50 states enshrining these rights into law.

I would enact the Wyoming Rule and expand SCOTUS to one Justice per circuit. What executive orders give, executive orders can take away, so there is no need for a special law to allow for that.

Personally I am in favor of moves to do everything: appoint, impeach, create new courts.

That will shift the Overton window and make whatever actually goes through to be “moderate.”

I have also been a huge fan of the plan to in effect introduce 18-year terms to SCOTUS justices. It since I first learned about it. Something I’d be in favor of no matter who controls the government.

The contemplated 18-year tenure would have meant that RBG would have been forced to step down in 2001, at the beginning of the George W. Bush presidency.

I am VERY glad that she was present on the court for the last 19 years.

Of course, who isn’t?

But, Ginsberg was nominated by Bill Clinton at the start of his first term. Had 18-year terms been in effect since then, 4 of the 9 justices in Bush v Gore would have been Clinton appointees, and the country would be infinitely better off.

Counterfactuals like this can be misleading, but I think the Ginsberg example misses the point.

Last edited 4 months ago by Trickle up
2
0

Well, this is a minor difference of opinion in a long and growing list of items that we agree on.

Perhaps there is an interaction between the 8 year term limit of the presidency and an 18 year term limit on the Supreme Court that somebody smarter than me could make sense of. I think a value of long tenure is that it acts as counter-balance to passing vagaries of passionately felt and ultimately short-term political and cultural fads.

At the moment, my highest priority is to get the Donald Trump appointees off the Supreme Court (and out of the federal judiciary). I’m much less concerned one way or the other about imposing a term limit.

If an 18-year term limit was a price needed to get all of Donald Trump’s appointments removed from office then I’d jump at it in a heartbeat.

Last edited 4 months ago by SomervilleTom
0
0

? She had only been on the bench seven years in 2000. She would have left in 2011 under Barack Obama. She should have left with Souter back when there was a Democratic trifecta. Her seat would have been occupied by a liberal today.

I like lifetime appointments. I don’t want Justices to have one eye on their next move. I’m open to mandatory senior status age.

Realistically I think pushing 18 year terms is how you expand the court. It’s why Biden is saying he’ll appoint a panel of experts since this is what they have already concluded. Going forward, every four year presidential term will produce two new justices in non-election year intervals. This reform effectively insulates the court from presidential and midterm politics while ensuring a more even distribution of appointments.

If we emulate the Japanese custom, the term limits can act as de facto retirement ages if presidents nominate justices in their mid to late 50’s. This has the effect of ensuring experienced justices like Garland and Diane Wood are not passed over for being “too old” to last while inexperienced justices like ACB and Roberts are not prematurely elevated. It also means no more RBG’s feeling the need to hold on to their seats until death to defend their vision for the court. It should also insulate justices from running for office, although it was not a great stepping stone for John Marshall or Charles Evan Hughes among others.

Let’s put everything on the table. It will shake things up and make big reforms possible, whatever they are.

Whelp. If McConnell keeps his second day job, none of these things are happening.