Well, it’s come to this. I do apologize for my long absences this year. After 16+ years, I’m going to be either handing off the blog, or shutting it down. My grad program is taking up most of my time; I don’t have the time to put into making good content or good writing; and I’ve been moving into expending my civic energies in other ways. (I did get re-elected to Town Meeting, so more long evenings on Zoom for me. Woot!)

I want to thank absolutely everyone who showed up and has made this a really unique community for so many years, but especially the cadre of folks who have stuck around to this point. It’s been an honor to know you, and let’s get together in real life for beers … when we’re all vaccinated.

I’ve been thinking about this for a long time, going back to a couple of years ago. I was ready to do it last year, but the Ed Markey primary kept me in. Now the prospect of paying for another year of hosting is forcing the issue a bit.

I’d like to hand off the blog to a group of people who are still interested in medium-long-form informal writing … you know, blogging. I’d love for that group of interested people (if such exist) to be diverse in age, race, background, geography, and class. If you know someone who might be interested, by all means send them my way.

Doing this site has gotten me access to really amazing events: State and national conventions, debates, TV and radio … it’s been crazy, especially a few years ago. But the fact is that there are many options for blogging, even now: Substack, Medium, social media, etc. I can imagine that someone getting into this would be just as happy to start their own site, rather than have to upgrade this one. Why renovate when you can build new?

And if there are no takers … well, you don’t have to go home, but you can’t stay here.

With greatest affection for you all –
Charley 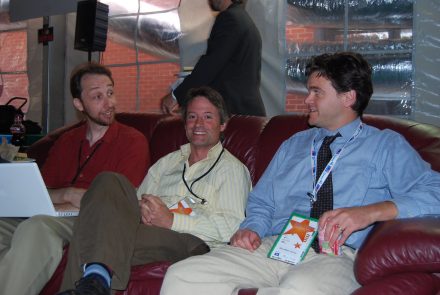 2008 Democratic National Convention in Denver. This was fun.