https://pizzaForUkraine.com/ is a tiny, volunteer effort to send pizza to bomb shelters, emergency rooms, and other places in Kharkiv, Ukraine that need a hot and tasty treat.

In five weeks, we’ve sent more than 1,400 large pizzas.  This cheers people up, and helps get the economy of Kharkiv running despite ongoing bombardment of the city and horrific atrocities in occupied villages just a few minutes away. (Kharkiv, a city the size of Philadelphia, is in the northeast corner of Ukraine. It’s bombed or shelled daily. About 30% of the housing stock has been destroyed or badly damaged — and lots of people continue to live in half-ruinous apartment blocks.) 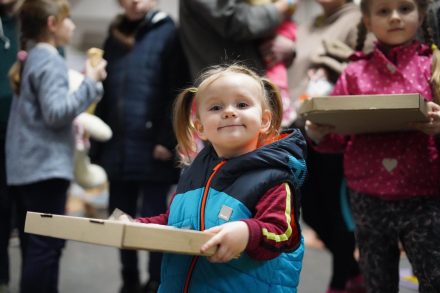 My colleague in this effort, J. Scott Johnson, likes to say that “it’s not much, but it’s not nothing.”  It’s nice for a kid in a bomb shelter to get a pizza from “Emily in Ypsilanti”. And it’s nice to see a pizza with your name on it as it’s given to a 90-year-old birthday girl in a half-ruined doorway in Saltivka, or some kids who’ve just lost the subway car home in which they’ve been living since February.  I think it’s important for Americans (and some folks from Europe and Oceania, too) to be able to take some direct action. 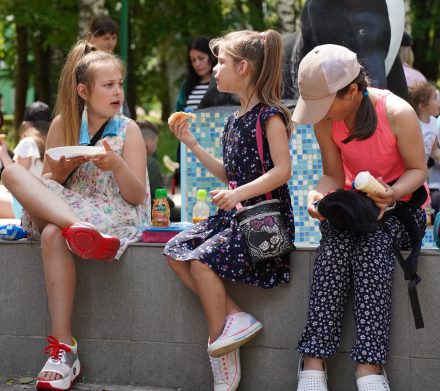 The courier crews wear body armor and drive in what they call “the apocalypse van”.  We’re on the lookout for other ways to help, too.

I’m just a software developer and an occasional activist for the Mass Dems and Swing Left.  As a fundraiser, I’m not much. So I’d value your advice, and if you feel inclined, please do spread the word about https://pizzaForUkraine.com. 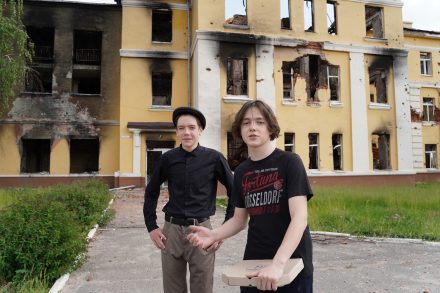 My endorsement of @TommyVitolo. An awesome state representative and my friend. #mapoli

If you agree that #MA residents should have the option of medical #aidindying, join me and email your lawmakers to urge their support for the #EndofLifeOptions Act. Paid for by Compassion & Choices Action Network. #MApoli #bospoli https://join.compassionandchoices.org/a/ma2022-emailalert?sourceid=1075624&utm_term=site%20visitors%20la&utm_content=poll%201&fbclid=IwAR2oG4ZtSoEg6meGeqPZaYUA9A0sVsncujSE63hT1TN-BQmwLVGjRsb0eJM&ms=O220103MAAtXx_EmailAlertTWShare&snw=2&ref=bc67e139-7bb3-4907-8a48-199cd490fcbb

This weekend, while many Bostonians were spending time with family and celebrating our great country. This #Boston city councilor was literally honoring convicted terrorists and cop killers. Paying attention yet neighbors? Gross. #bospoli #mapoli

PLOWING INTO THE FIELD OF LOATHE 🇹🇹 @parkerhereford ·
5h

Ok but why did I end up going to the bathroom and then FINALLY that presser started, like, I thought briefings were supposed to be BRIEF omg whyyyy 😭