In short, you may have wondered if your MBTA experience is something less than ideal — even in this, the best of all possible worlds, with a Governor of almost impossible-to-overstate popularity.

In the wake of June’s Red Line derailment, a report was commissioned from an outside group of transit experts, which included former Transportation Secretary Ray LaHood. It seems that if anything, we’ve been way too generous to Governor Baker’s management of the T:

“In essence, safety is not the priority at the T, but it must be,” the panel wrote, adding that among staff “there is a general feeling that fiscal controls over the years may have gone too far, which coupled with staff cutting has resulted in the inability to accomplish required maintenance and inspections, or has hampered work keeping legacy system assets fully functional.”

Our resident transit expert, the good Rep. Tommy Vitolo, told us that right here back in May: 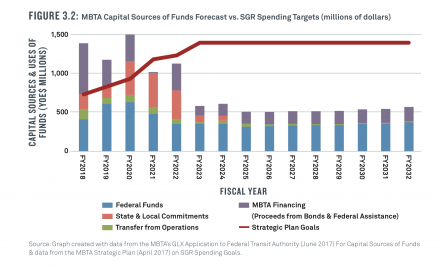 This indicts Baker’s entire fiscal strategy for the MBTA, as well as his reputation for good management. Some of the explosive findings have actually nothing to do with budget at all:

In its summary, the panel also homed in on the culture of the T. It found that, “employees in general do not trust their leadership and therefore, do not share with leadership what is happening in the field for fear of heavy-handed discipline.”

“The workforce does not feel supported by management and are clearly frustrated with the management’s lack of responsiveness to their needs,” it wrote.

Now, Baker is doing his thing, which is to act if he’s been right on top of this the whole time, eagerly anticipating the findings. If that were true … then it would be true. Why did he need a group of expensive outside consultants to pique his interest, and tell him what every T rider already suspected?

I keep hearing Mike Dukakis’s voice in my head: Where has he been?

There's been lots of talk about political media & how to reform it. Here's a clarifying frame:

The mission of political media in a democracy should be to create a disincentive for lying & cheating. If there is no such disincentive, then the media is, ipso facto, failing.

Carlene Pavlos of @MAPublicHealth says they didn’t endorse or weigh in on in-person learning, despite @MassGovernor’s comments: “Since March we have repeatedly asked to meet with Governor Baker or a staff member from the Governor’s office, but we have received no reply.”