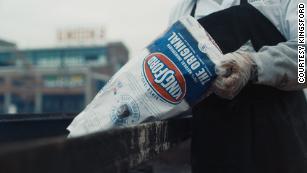 CNN is reporting an initiative launched today (25-Jan-2021) by Kingsford (the charcoal brand) to honor and encourage the role Black Americans played in creating the American barbecue tradition.

“Barbecue was perfected at the hands of enslaved Africans for over 350 years in the American South,” [barbecue historian and program mentor Howard] Conyers told CNN Business. “These individuals weren’t able to read and write to tell their own stories. We want to see this barbecue tradition uplifted, celebrated and become more of a central piece in the African-American community.”

Washington D.C. Mayer Muriel Bowser — black mayor of majority-black Washington D.C. (not yet a state!) — has led the charge to investigate the apparent complicity of white government officials in the January 6 insurrectionist riot that briefly occupied the U.S. Capitol building and threatened the lives of our Congress, Vice President, and their families. My own Representative Ayanna Pressley, a black woman representing our own CD-7, has been similarly leading her colleagues in the House.

The Democratic Party holds all three branches of government because Black Americans saved the day.

This commercial response by a charcoal supplier — a proletarian product sold into a proletarian market — epitomizes the way that America can show its appreciation to our black brothers and sisters.

Stopped to see the #CummingtonCulturalCouncil's Art Walk on Main St this weekend. Turned out my @Wellesley shirt was the perfect attire for the human sundial's Votes for Women spoke. #PowerofCulture #mapoli

The Legislative Session will be ending in less than four weeks, and we need to make sure the Legislature doesn't run out the clock on addressing the housing crisis in the state. #mapoli (a THREAD)

The State of #Massachusetts needs to have a real #happyhour it’s 2022 and we’re so #progressive … so why not??? #mapoli

Just like queer Pride, comprehensive, consent-based, LGBTQ+ inclusive sex ed is a necessity at all times of the year. Join us July 13 at the state house to rally for the Healthy Youth Act and comprehensive sex ed for Massachusetts youth! #mapoli #HealthyYouthAct #sexed