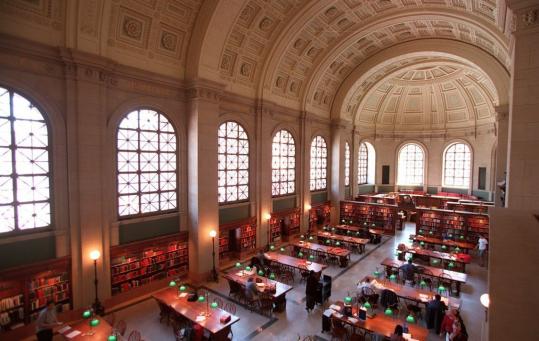 The Massachusetts Economic Development Incentive Program is part of $1.7 billion in tax breaks the state gives out every year that are aimed at economic development (for more on these breaks, check out the Mass. Budget & Policy Center brief).

While Legislative leadership has been reluctant to raise revenues, it's hard to fathom how our cities and towns will absorb the cuts that will come from an expected 5 percent reduction in Local Aid.

In communities across the state libraries are closing or scaling back their hours, police and fire fighters are facing lay offs, and the essential city services that keep communities functioning are imperiled. Legislators have been working to make the businesses that receive tax credits from the state more accountable.

Last year, the Revenue Committee passed a bill that would have required businesses receiving tax credits to issue annual reports detailing the job creation they commit to when applying for the tax credits.

While the bill did not pass this year, there is growing awareness of the numerous loopholes in the state's tax code. Now more than ever, our elected officials must weigh these tax expenditures against the cuts they're making in our communities.

(Cross-posted on ONE Massachusetts)