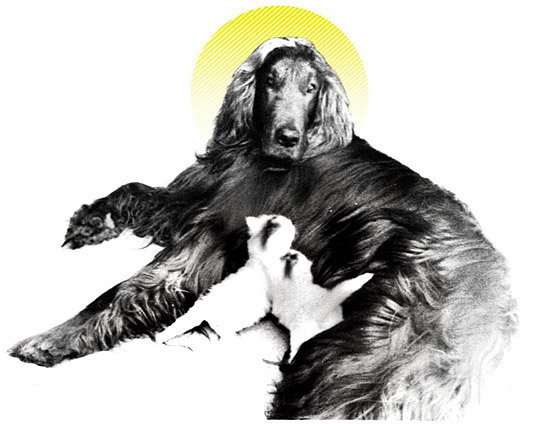 After almost five years, hero journalist Neil Swidey has ended his silence and offered incredible new details about the story he broke: The Long Ride of Seamus Romney, the heartbreaking story of a little guy robbed of his pride by Mitt Romney and pushed beyond the bounds of endurance by callous, potentially criminal, indifference, who responded with a gesture of such humble defiance that he forced even the millionaire’s devoted sons to side against their father, and made history.

First, although it might seem unremarkable to those who know that Romney has hired political dirty tricks practitioner Eric “Crazy Khazei” Fehrnstom to help run his campaign, the Seamus story may actually have been more brutal than reported:

[T]he first version of the story I’d heard from the family friend — who hadn’t been an eyewitness — improbably had Mitt driving the station wagon right through a carwash. Imagine the howls from PETA if Seamus had been introduced to the world with the image of high-pressure wraparound brushes pummeling a defenseless, diarrheal dog.

Imagine the howls from Seamus! In any event, this part of the story has apparently been hard to verify.

Second, Sidey draws the same conclusion about Romney as my esteemed co-editor David did at the time:

In everything the guy does, he functions on logic, not emotion.

In short, should Romney secure the nomination Team Obama’s number one priority will be to discover the 2012 campaign equivalent of “Open the pod bay door, Mitt,” and keep driving that home until he is deactivated and no longer a threat to humanity.

Third, Swidey recounts these telling anecdotes from Romney’s recent campaign efforts with the same deft touch that made Seamus a national sensation:

[W]hen he’s engaged in retail politics before rolling cameras, he can seem as maladroit as he was during his first campaign back in 1994, when he approached a reluctant woman on the street to shake hands and said, “I know, you haven’t got your makeup on yet, right?” (Dumbfounded, she replied, “I do!”) His awkward moments this campaign have included sidling up to a crusty older veteran in a New Hampshire diner and inveighing against gay marriage, only to learn later that the man’s husband was sitting across from him.

Sidey says his fear is that Seamus will be featured in the first paragraph of his obituary (along with his Pulitzer Prize for investigative journalism, if I was in charge of such things). Alarmingly, from this perspective, The Littlest Romney has already climbed to paragraph three of his biography at NeilSwidey.com.

When loyalty, faith and trust are on one side of the story, and on the other is a rich man willing to strap his dog to the roof of his car and drive from Boston to Toronto with diarrhea streaming down his back window, the cause is just. Swidey deserves first-paragraph congratulations for his magnificent work from a grateful America, and especially the 43 million U.S. households with dogs.

Seamus, you will not be forgotten.

My immediate reaction was to hear, in my head, Mitt as HAL saying, “I’m sorry Dave, I’m afraid I can’t do that.” Mitt’s voice would have been perfect for HAL.

…a dog to Mitt (if I had one) I surely would not entrust my country to him either. In fact, that was a long canvas banner carried by 3 occupy participants in Manchester, NH last weekend.

He was quite the notable twit!
His doggie, named Seamus,
Would later be famous,
For covering Mitt’s wagon with shit!

Seamus, RIP. You did not suffer in vain.

11/11 The Globe, is worried #mapoli will "turn into a one-party state." WAKE. UP. WE'RE. THERE. ALREADY. It's just the media that can't handle the extinction of MassGOP. It's time them to attend some group therapy sessions for its grief. Enough denial. Move forward.

10/11 Once you grasp the MassGOP is now an uncompromising religion and not a political party who feels responsibilities to #mapoli and does not see success at the ballot box as its mission, all that is left is for all of us who disagree is to ask, "What do we do about that?"

Oh my God ,this man was a very sick & twisted #psychopath! How come no one in #Buffalo and/or State of #NewYork did anything at all to #STOP him at all in advance?
I hope & pray that there is no one like this #Psycho in #Boston, #CambMA & #mapoli #Massachusetts #bospoli

I cannot emphasize enough to my younger followers that misogyny is not edgy it's serial killer shit https://twitter.com/washingtonpost/status/1530560344212512768

@MattRuggiero8 This is about the @BostonPolice using @BostonSchools children to keep the "Charles E. Shannon Anti-Gang Community Safety Initiative grant," and millions from Homeland Security.

Remember it's not about "the children," it's about making money off of them!
#BosPoli #mapoli @MAEdu