If approved, this article would have limited the construction of wind turbines to two overlay districts – one at the Camelot Industrial Park, the other along Commerce Way – and would have modified the required setbacks and the total height allowed. Opponents of the article suggested that if it were approved no additional wind turbines could be located in town.

Town Meeting Rep. Simon Thomas, part owner of the Camelot Wind turbine, said that Plymouth was already the toughest place in New England to try and get a permit for a new turbine.

The article would’ve required a two-thirds supermajority to pass, but didn’t even come close to a simple majority, losing 49-68. The clear defeat for turbine opponents comes just weeks after the Plymouth Zoning Board rejected Stop & Shop’s request to build a wind turbine, citing the dangers of an I think I might be able to hear it pandemic and don’t forget deadly shadows.

The Plymouth vote comes on the heels of similar election results over the last few months in the nearby towns of Fairhaven and Falmouth. Falmouth elected officials put a plan to tear down the town’s wind turbines before voters, who rejected it by a nearly 2-to-1 margin. And in Fairhaven, voters chose a pro-reality candidate for Board of Health over an turbine hysteria candidate, also by a nearly 2-to-1 margin.

While elected officials keep trying to pander to the vocal handful of wind hypochondriacs who show up to complain at meetings, Massachusetts voters continue to strongly support local wind energy projects. How many times to do they have to send that message at the ballot box before it sinks in?

One such victim of a wind turbine came down with ear popping and ringing, clenching of teeth, and shortness of breath and heart palpitations.

A study on laboratory animals did show the level of infrasound generated by a wind turbine one mile away could be harmful.

Please read ABC News link and decide for yourself. Are these complaints bogus or real? We have a Dr. At the Harvard Medical School and one at John Hopkins who believe these turbines are forcing people from their homes and and making them ill.

… who posts a lot here, you sure don’t appear to do a lot of reading. Perhaps if you were quicker to listen and slower to speak, you’d realize how often your questions were answered before they were asked….

So as I did to your link, please click my link for updated information from Breitbart, ahem, ABC News. Then decide if these studies and complaints are valid or not. You may dismiss them as bogus, that’s fine. Just don’t be surprised when people dismiss global warming/climate change studies for the same reason. You can’t have it both ways, is all I am saying.

Such as “these are anti-wind studies by people who hate wind turbines” which was stated in the March 15th title of your diary. One could say those that pimp global warming have a desired outcome as well, such as more government funding, money for green tech friends and investment portfolios, etc.

is a formal logical fallacy where a participant demands special considerations for a particular premise of theirs.

The anti-turbine people tend to start with the the idea that they are right, they just need to be listened to and treated as if their very limited research is equivalent to more extensive research.

After he uses the false dichotomy fallacy, Dan falls back on special pleading. Even if he had the facts he says he has, his logic is flawed.

Question is, if true, what do we do about it? Tell them to suffer? Are they hypochondriacs? I don’t want one of these things next to my house, do you?

you don’t understand what I’m responding to. Everyone else did.

But by all means, let’s protect people from the hypothetical hazards of wind turbines and kill them with fossil fuels. We know for a fact that fossil fuels don’t affect people adversely, right Dan? 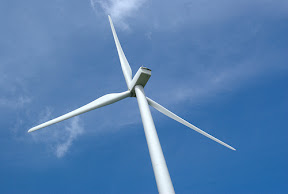 Never had a problem with it. In fact, the neighbohood civic association voted to support its construction when the IBEW was going through the permitting process.

with this either. In fact, I love the smell of coal in the morning. It smells like… victory! 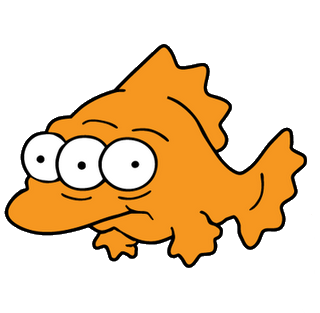 Had to take the chill out of the house

Petr- my ABC News link is from 3 days ago, which includes studies after the March 15th diary

… because this is patently untrue.

He just does a quick google search and forwards any links that appear to support his preconceived ideas.

I don’t see it

I beg your pardon but where is the link in the prior diaries siting the animal study in my ABC News link?

This link, which you posted:

Makes NO reference to animal studies. None.

Perhaps you are confusing what you didn’t read with what you (wish you) had read… I dunno. But the link you posted has no direct mention of any animal studies.

Rauch said he consulted with Pierpont and Alec Salt, an otolaryngology specialist at the Cochlear Fluids Research Laboratory at Washington University in Louis who suggests the level of infrasound generated by a wind turbine one mile away could be harmful.

“He tried to lay out the scientific basis for low-frequency pressure affecting the inner ear,” said Rauch. “It seems to do something to other parts of the body, and it persuaded me, that at least in animal research, there is proof. We know that animals are pretty good models of differential susceptibility to noise exposure.”

If this is our new standard, can someone please call John Farrell and try to lay out the basis for starting me in left field tonight?

No matter how hard I try, I get ridiculed for pointing out a study that I believe this scientists (with credentials, may I add) defended in Sept of this year.

Perhaps these turbines unintentionally injure people. I would have thought this info would have been embraced and discussed on BMG, rather than ridiculing me and my ABC News link.

Here’s what you said about animal studies in your original comment:

A study on laboratory animals did show the level of infrasound generated by a wind turbine one mile away could be harmful.

Do you honestly not see any difference between that and

“He tried to lay out the scientific basis for low-frequency pressure affecting the inner ear,” said Rauch. “It seems to do something to other parts of the body, and it persuaded me, that at least in animal research, there is proof. We know that animals are pretty good models of differential susceptibility to noise exposure.”

You are still just mindlessly searching for stuff on google that says what you want to hear. You aren’t actually thinking critically or scientifically.

As long as you keep acting like a troll, you will be ridiculed. Boo hoo.

in women is caused by their children stepping on cracks in the sidewalk.

cut and paste, but Rauch says, he couldn’t “rule out” wind turbines as the issue. He doesn’t even say its true.

“It seems to do something to other parts of the body, and it persuaded me, that at least in animal research, there is proof.”

That’s not a reference to a specific animal study that refutes, specifically and in particular, any facet of any tangent of any thing we are discussing here.

There is proof that it seems to do something is nothing more than handwaving.

that we are arguing with a sock puppet, that there is not, in fact, a Dan from Waltham, but rather a committee from breitbart.com.

as a sparring partner, but he’s a decent a punching bag.

The problem is you can only hit a punching bag so often before you get bored.

Think of DFW as dealing entirely in the kind of argumentation that works on television. By those means, a link is a more than sufficient reference. The link doesn’t have to substantiate the point to appear as evidence it merely has to be a link. Appearances suffices. Likewise points don’t have to make any sense; they merely have to have emotional impact. So on this thread, you, petr, thegreenmiles, and mike_cote are arguing for logical positions. You care about accuracy, logical consistency, data, and evidence. The bot doesn’t give a fig for any of that. It simply uses your responses to fling more provocation, sound bites, and hysteria.

…aren’t the only things Dan is flinging!

I did choose the word “fling” to bring your discretely unmentioned association to mind.

breitbart.com must have some very unusual bathrooms…

Most Jim Crow era voting restrictions were technically "race neutral," a fraud enabled by a Supreme Court that was hostile to black rights. The Roberts Court is similarly content to let the GOP use mass disenfranchisement to maintain its grip on power. https://www.theatlantic.com/ideas/archive/2020/10/dont-let-supreme-court-choose-its-own-electorate/616808/

If folks want to wear a mask, they are free to do so. Those who don’t want to wear a mask shouldn’t be shamed into it, and govt should not mandate it. We need to respect each other’s decisions. In SD, we know a little common courtesy can go a long way. https://rapidcityjournal.com/opinion/gov-noem-update-on-south-dakota-s-covid-19-response/article_586e2456-23c0-5ba0-bb06-5fc78d084593.html#tracking-source=home-top-story-1

This is a Jim Crow Supreme Court.

She’s there to take away health care, which will be extremely unpopular.

On the other hand, she’s also there to take away your right to vote.

BREAKING: Chairman @LindseyGrahamSC just broke committee rules to advance Amy Coney Barrett’s nomination out of the Senate Judiciary Committee. No Democrats were present. They will do anything to jam through this nominee to rip away health care amid a pandemic. It's disgraceful.