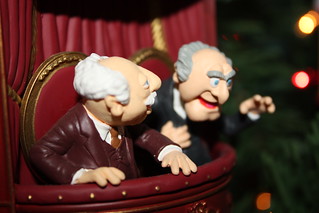 Alex Beam’s latest column is titled “Divestment is an empty gesture,” which is apt since Beam’s entire effort is empty – Tom Keane wrote essentially the same column in the same space six weeks ago.

What is it about the fossil fuel divestment movement that makes Boston Globe columnists so angry? Is it that divestment has inspired thousands of people around the world to think they can make a real difference, unlike these gloomy, repetitive lectures?

What’s most revealing is that neither Beam nor Keane mentions having any conversation with divestment activists. If they had, they’d learn that divestment isn’t about trying to deal a crippling financial blow to the fossil fuel industry, and it’s not intended a one-step cure-all to global warming. As David Roberts wrote at Vox:

Nobody thinks the divestment movement can hurt fossil fuel companies in any direct financial way, but that’s not what it seeks to do. Rather, it seeks to put mainstream institutions on record defining climate mitigation as a moral imperative, to create social consensus that inaction is not neutral — it is immoral.

“Divestment is effective because it goes after the social license of the industry, helping to turn Big Fossil Fuels into Big Tobacco, a pariah industry that has lost its stranglehold on the political process,” writes 350’s Jamie Henn in today’s Globe.

Instead of blasting these young leaders from the comfort of their offices, Beam and Keane should get out onto a campus and actually talk to them. It would be a breath of fresh air for all of us.

Take action & sign this petition right now to show your support for 350MA/Better Future Project’s campaign to get Massachusetts to divest our state pension fund from coal, oil & gas stocks.

Imagine thinking that only politicians of color should be "held accountable" by investigative journalists? It seems like the @BostonGlobe lives by this. Political assassination of outspoken leaders of color is their new MO. #bospoli #mapoli

Thank goodness for Donnie! Upon hearing of his bravery, I fell down in a swoon. When he is not saving individuals that he does not particularly like from physical confrontations that they were seeking, he himself is engaging in fisticuffs & using a flagpole as a weapon. #mapoli

🇺🇸🇺🇸🇺🇸🇺🇸🇺🇸🇺🇸🇺🇸🇺🇸🇺🇸🇺🇸 PRESSLEY and WU supporters beat up a gay black conservatives SHAUN NELSON ! A few decent white people came to his rescue .. then I came to save them from getting hurt . Shawn is the best ..hope he is ok ! https://twitter.com/wethepeople_ma/status/1573810618733322245