This is a Sheriff’s Star. This is a Star of David.

They are not interchangeable! They are not geometrically the same! We already know that there is no one in the GOP that is going to identify the latest anti=Semitic attack on HRC for what it is. I personally think that any Bernie Sander’s supporters who are still posturing the possibility of voting for Trump rather than ever consider HRC should also identify this anti-Semitic attack on HRC for what it is. 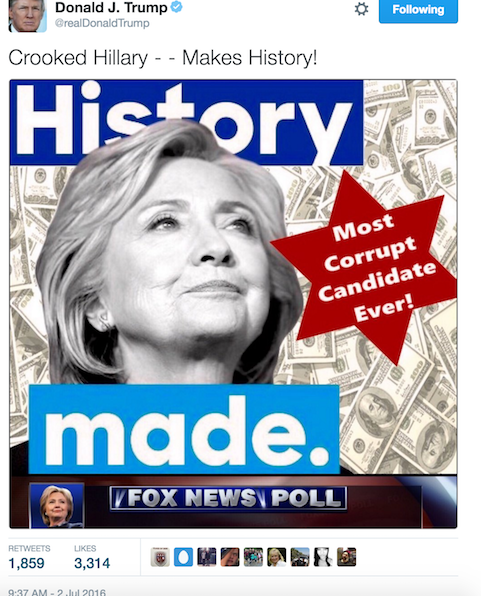 This is the original image that is now being claimed to be a Sheriff’s Star. No it is not!