If you didn’t catch WBUR’s Bob Oakes’ interview with health care legislative veteran John McDonough this morning, highly recommended, especially if you like feeling angry and anxious. The bill would absolutely devastate the Massachusetts budget, and the Commonwealth’s , by depriving the state of $5 billion — and getting worse — $8.7B by 2027. That’s because a.) we have expensive health care, and b.) we expanded Medicaid. It is intended to be an atomic bomb to our budget, and the money goes to the states that did not expand Medicaid. Under Graham-Cassidy, it would not be necessary for states to spend that money on expanding coverage to those folks who can’t afford it. You know, because fairness.

It is, in short, a cruel and wantonly destructive legislative MOAB that will certainly lead to budget chaos, bankruptcies, early deaths, and vast unnecessary suffering. Naturally, as such, it has the support of almost all Republicans in the Senate — even as they openly and blatantly lie about its contents:

There’s a sense of powerlessness here in MA — after all, we have a completely Democratic congressional delegation. We’ve taken care of business! But we can encourage our out-of-state friends and relatives — in Maine, West Virginia, Arizona,  Ohio, Alaska, Tennessee, etc — to call their Senators. Numbers are below. 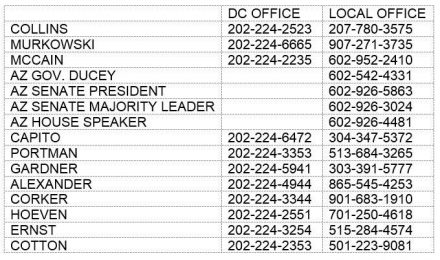