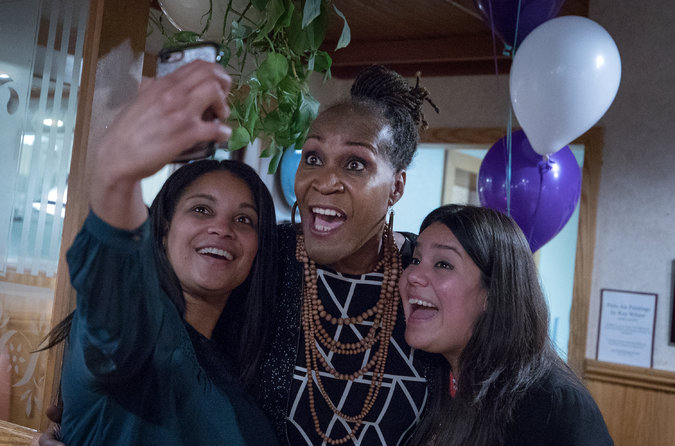 The New York Times reports in two related pieces that women and minorities won the day for Democrats nationwide and that suburbs are rebelling against Donald Trump. Each is a key takeaway from this week’s election, and each informs some of our exchanges here with actual data from actual elections.

Both pieces report the same phenomena. From the first (emphasis mine):

If the 2016 presidential election reflected a primal roar from disaffected white working class voters that delivered for President Trump and Republicans, Tuesday’s results showed the potential of a rising coalition of women, minorities, and gay and transgender people who are solidly aligning with Democrats.

From the second (emphasis mine):

The American suburbs appear to be in revolt against President Trump after a muscular coalition of college-educated voters and racial and ethnic minorities dealt the Republican Party a thumping rejection on Tuesday and propelled a diverse class of Democrats into office.

The second piece also points out that we saw a similar election not too long ago:

To many Democrats and some Republicans, Tuesday’s results recalled the last time an unpopular Republican was in the White House and voters vented their frustrations on a Republican-held Congress. In 2005, Democrats rolled to victory in Virginia and New Jersey, presaging an electoral wave in 2006 and inspiring throngs of Democrats to run for office in difficult districts.

These pieces emphasize the diversity of candidates as well as voters. From the first:

Also from the first piece, a clear and concise explanation of why we Democrats MUST embrace the increasing diversity of America and resist the call to focus on angry white men (emphasis mine):

Mark Keam, a Korean-American Democrat who was re-elected on Tuesday to his seat in Virginia’s House of Delegates, said the wave of first-time minority candidates was a direct response to feeling snipped out of the American picture by Mr. Trump’s policies and divisive language.

“In Trump’s America, people are getting screwed and those getting screwed more than others are people who’ve never had a voice in the government,” Mr. Keam said. “Those are motivations a white guy wouldn’t have.”

Indeed. Let’s replay that highlight:
…[T]hose getting screwed more than others are people who’ve never had a voice in the government. Those are motivations a white guy wouldn’t have.

The message for our party is crystal clear:

1. We MUST embrace change and celebrate the increasing diversity of our people and our candidates
2. We MUST reject the politics of hate, scapegoating, and anger

… This was part of a wider discussion about identity politics within he Dem coalition.

It’s pretty simple: Trump is working on alienating as many “identities” as he can — with the GOP going down into the sewer with him. That leaves out *a ton* of people – the vast majority, actually.

I don’t even think that most conservatives really identify with his brand of garbage, but rationalization is, as they say, a hell of a drug. There’s an opportunity for a come-to-Jesus message for them, if we thought hard about how to refine it.

jconway
Famed Member
Reply to  Charley on the MTA

In Virginia and New Jersey anyway, we see an exodus of suburban Republicans who held their nose for Trump to spite Hillary. Northam is as close to generic Democrat as you can get, and did better than Hillary in a state she easily carried but offered no coattails for.

Also important is that there were Democratic candidates running in every district-including districts that were written off as unwinnable or full of deplorables. Danica Roem ran a positive campaign with a strong vision for what she wanted to do, focused on local issues like fixing their Rt 28.

Run everyone and run everywhere. That’s a powerful lesson. Run positive. And recruit people without personal baggage that can bring them down. Democrats have to be twice as good.

Run socialists and centrists. Run for the district, and always run against Trump. One wonders if Baker and Hogan are having second thoughts about romping to an easy win.

Not in (ahem) “Real Virginia” there wasn’t. With 100 seats up for election in the Virginia House of Delegates, nine Republicans ran unopposed.

Well that better be nine districts with candidates next cycle. 91 out of 100 contested is far better than our state or most states.

91 out of 100 contested is far better than our state

Mass Democrats are competing at very similar rates to Virginia Democrats. As for the Massachusetts Republicans, I’ll leave that for somebody else to worry about.

The framing of this issue in most of the press — “what about oil jobs?” — could be easily replaced by “do you actually love your kids, or do you want them to die in a fire?”

Go ahead, give it a try

Guys, mentioning a transition away from fossil fuels as part of your climate plan is not a fucking gaffe, it’s common sense

LOL at everybody saying "this is just kicking the can down the road." To get to net-zero by 2050, we have to start today & keep the accelerator pegged to the floor & even then it's an extreme longshot. No one who understands the situation thinks "2050" permits delay.

Every day I brace myself for #COVID19 case numbers for Mass. I nearly fell to my knees when I saw we had 1,128 new cases. I’m angry at biz as usual & the decision to not put public health experts at the helm. Communities that are in the red deserve better. https://www.bostonglobe.com/2020/10/24/metro/state-reports-1128-new-cases-saturday-8-new-deaths-due-coronavirus/

The Chief Justice of the Supreme Court has made it his life’s work to “complicate” — suppress — the vote. This is with the help of a well-funded legal club, from which his fellow Justices are also selected.

So this 👇 is a drastic understatement.

13/15
America, which boasts of being the world’s free-est and fairest democracy, has managed—and some of it is deliberate—to complicate the fundamental underpinning of our democracy in a way that has become a form of voter suppression in and of itself. #velshi

1/15
Voting is personal for me. I grew up in Canada, a country to which my family and I immigrated. I’ve joked that unlike Barack Obama, I actually AM a Kenyan-born Muslim. But that’s not the whole story—and the whole story shows why voting matters so much to me. #velshi