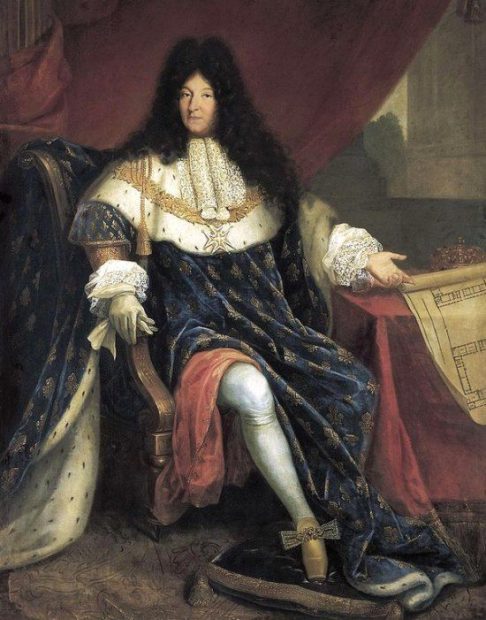 Technically, the Senate passed one, the House passed one, nothing is enacted yet. But both houses of congress in Washington, D.C. have passed huge law piles with lurking horrors that bloat the deficit and will enlarge income inequality. If I was a photo shop type, I would have photoshopped DT’s head onto Louis the XIV. Mind you, I would have kept the wig.

Louis the 14th reportedly said, “After me the deluges” [Apres moi le deluge]. From what I have read so far, this tax bill constitutes coming deluges of calamities for this country and most of us. And rips the already frayed safety net for the most vulnerable. Will the current President, Vice President, and all who voted for this at about 5:00 AM 12/2/17 echo Louis the 14th?

Apparently, about 5:00 AM this morning, give or take, a very very lengthy piece of legislation was passed that is touted as a revision of the tax code. However, per various commentators it does a whole lot more than that, including giving rights to fetuses in utero and in fact increasing taxes on almost everyone except billionaires and corporations either immediately, or over time. I do not claim to know what was in the legislation passed while I slept, and I wonder if anyone, even those who voted for it does. I would love this brief post to encourage comments and analysis of this legislation. I do not claim to be an expert in tax law – in fact, I know I am NOT. Nor do I claim to be an economist – which some of you are. Here is a link [which I hope works] to CNNs coverage of the passing of this legislation. Apparently, some reporters and videographers were on duty the whole time, and all night. I do call the attention of those who voted for this apparently mean-spirited and sneaky legislation to Mark 4:22 – “There is nothing hidden save it shall be revealed.” Now here is my attempt to put up a working link.

no amount of prevarication can change the fact that Congress and Mr. Trump are giving a giant gift to their donors and sticking the rest of the country with the tab.”

It appears your CNN link did not take.

The deluge quote I believe is Louis XV and his immediate successor Louis XVI proved him correct.