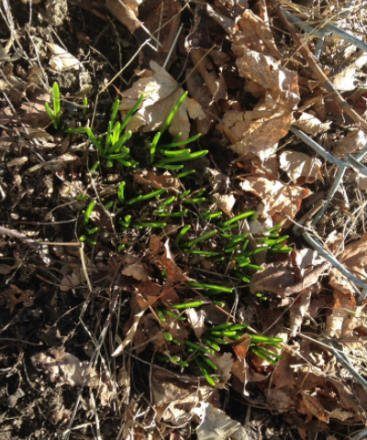 Boston has been keeping temperature records for the last 146 years. It never once hit 70 in February in its first 113 years of record keeping. But if forecasters are right about today, we’ll have done it twice this week and three times in the last two years alone. We’re forecast to break today’s 112-year-old record high by an incredible seven degrees.

And not a single journalist in Boston is connecting the dots to global warming, according to my Google News search.

Many journalists still falsely cling to a now-disproven line that no one extreme weather event can be connected to climate change. First, scientists are now directly connecting weather disasters to global warming. Second, there’s plenty we can say right now about today’s weather:

So what should these stories say? Here’s a line that’s true & relevant for any extreme weather story, any time of year: “Scientists say this kind of record-breaking extreme weather is exactly what we can expect more of as manmade carbon pollution warms our climate.” That’s it! Easy!

One of the problems is that journalists only go to local government scientists as their sources, as the Boston Globe’s climate-silent story shows. Local government scientists have strong incentives to not say anything interesting, never mind controversial. So you get this:Temperatures in February normally average around 29 degrees, [National Weather Service meteorologist Lenore] Correia said, “but it’s really just the wind patterns.”

Oh! Just the wind patterns! Around the entire planet, endlessly getting warmer! Nothing to see here! Please don’t fire me, Trump administration!

Then there’s the head in sand approach. Here’s a list of ways Boston Magazine finds to talk about the record heat while never mentioning climate change or global warming:

If you’re a reporter with national ambitions, why would you talk about global warming? As Media Matters has documented, national TV networks ignore climate science almost completely.

Even when the “cold” returns tomorrow, we’ll still be 10 degrees above our 20th-century normal. As humans, we can enjoy the brief warmth and when the frost returns Thursday night, we’ll barely even notice. But the flowers sprouting too soon won’t be so lucky – as Mike Campbell writes at WBUR, magnolias getting fooled into opening early and then getting immediately killed by frost is becoming an annual tradition. There are also countless tiny critters that have emerged from their winter hiding spots – but if their food hasn’t emerged too, the wasted energy may leave them struggling to make it to spring.

We need to act faster on clean energy, both to curb global warming and to take advantage of the growing clean energy economy as states like New York and New Jersey get more ambitious.

It is an honor for me to donate to councilor Arroyo to be our next DA. As a public defender, a councilman, a Bostonian, he brings a fresh perspective with tons of community, professional & political experience. Please consider donating to his campaign. #bospoli #mapoli #boston

I was also the first person to talk about sex trafficking on #MethadoneMile. However, some of the same people that are decrying the conditions there, again, could not vote for me, a Republican.

They voted for this. What, therefore, is the problem? Why are they upset? #mapoli

These are the conditions at Mass & Cass in Pressley's #Boston. An open air drug market, sex abuse, violent assaults, illegal guns, and #addiction for blocks and blocks. And what is she concerned about? "Unlocking more authority" over YOU. Power & Control. Waking up yet? #bospoli https://twitter.com/RepPressley/status/1555629712856203264

.@Donnieplmr is not the answer. He gets on the ballot and then does nothing. Absolutely nothing, perhaps even less than that. Ayanna is going to walk back in. Blame the current leadership of the @MassGOP. #mapoli #bospoli

@Gabby2Angels @seroxbury @SirEdwardCoyle @DaRosaAtLarge @RawRicci415 @TuckerCarlson @TheKuhnerReport @RepPressley @SenWarren @EdMarkey Maybe @EdMarkey just cant find his sneakers and @SenWarren is still having a beer and well @AyannaPressley is just waiting on her security folks!!! This is what happens when we elect Fake people ….. We have a opportunity to send a message; Vote @Donnieplmr this year

This entire thread is what I feared and why I was the only member of the Chelsea School Committee who voted to keep our mask mandate.

And this was *despite* all other mitigation efforts those districts did.

FBI Director Christopher Wray was appointed by Donald Trump. Apparently Trump refused to return all of the classified documents he improperly took when he left office. #MaPoli #NHPolitics