CSGOPOTD stands for Crazy Stupid Republican of the Day, posting regularly over at DailyKos.  Today’s update resonates with me, since it covers my state senator, Ryan Fattman:

Meanwhile, outside the state legislature, Fattman has been at anti-immigration rallies and palling around with Jessica Vaughn, whose Center for Immigration Studies just so happens to be classified as a hate group by the Southern Poverty Law Center. Fattman has downplayed his alliance with a hate group by trying to discredit the SPLC’s classification of them, rather than do the honorable thing and cut ties with the organization. At this point, it seems pretty clear that he has no intention of stopping his descent down a path of open bigotry, and would rather normalize his rhetoric and intolerant allies.

I do have a dog in this hunt – my candidate is Tom Merolli, assistant treasurer in Mendon, MA and a dedicated activist in the area.  You can learn more about Tom and help us out with a donation at his web site, Tom4MA.com

Tom doesn’t have a primary opponent, so we’re in general election mode, canvassing all the time and phone banking.  Please volunteer if you’re in the area!

When earlier this week, the Southern Poverty Law Center and three other groups released a list of 15 “anti-Muslim extremists,” many of the names came as no surprise. They included Pam Geller, who led the fight against the misleadingly nicknamed Ground Zero mosque, and her ally Frank Gaffney, who has called Barack Obama a crypto-Muslim and assailed Grover Norquist as a Islamist agent. Others were more controversial, like Ayaan Hirsi Ali, who is beloved by some as a truthteller and reviled by others as a bigot.

But one name in particular stuck out: Maajid Nawaz, a British activist who runs the Quilliam Foundation, which calls itself “the world’s first counter-extremism think tank.” (It’s named for Abdullah (né William) Quilliam, a British convert who opened the U.K.’s first mosque in 1889.)

Maajid Nawaz now has a target on his head, thanks SPLC. Those dangerous think tanks.

But one name in particular stuck out: Maajid Nawaz, a British activist who runs the Quilliam Foundation, which calls itself “the world’s first counter-extremism think tank.” (It’s named for Abdullah (né William) Quilliam, a British convert who opened the U.K.’s first mosque in 1889.)

Maajid Nawaz now has a target on his head, thanks SPLC. Those dangerous think tanks.

The SPLC did this LAST YEAR, not last week, and this year they have both taken the name from the list and publicly apologized, after paying to settle a lawsuit from Nawaz.

But don’t let the facts get in the way of a good fantasy…. Make America Grate Again!!

So you and they admit there are mistakes made on their “hit list”, some rectified maybe some not?

Is the SPLC perfect? No – but they got this one pegged correctly: https://www.splcenter.org/fighting-hate/extremist-files/group/center-immigration-studies

So you and they admit there are mistakes made on their “hit list”, some rectified maybe some not?

I admit no such thing.

I say they have made mistakes in the past and allow that they may make mistakes in the future. I do not rest in your cozy assumptions that they MUST BE blithely living with mistakes in the present. I also note, as you do not, their willingness to correct their mistakes when pointed out to them… but that’s a trait particular, it seems, to the Left alone..

The Southern Poverty Law Center exists to fight hate. If you want to the SPLC to go away and are annoyed when they do not, you need to bring that up with the haters and not the SPLC. Or, put another way, you can’t blame the umbrella for the rain.

Unfortunately I do have reservations about SPLC hit list. Maajid Nawaz is mentioned about. Ayaan Hirsi Ali was also put on the list for being critical of cultures that practice female genital mutilation, which she is a victim of. And while I’m no fan of Charles Murray, I don’t think putting him on a list with the KKK is warranted.

But back to Fattman…does his wife still hold one of those unnecessary elected positions (Register of Deeds or something like that)? They represent what every taxpayer despises…a family living on the electoral dole. Under “normal” conditions, Fattman and the GOP would be ridiculing this kind of “power couple”, but once again tribal hypocrisies kick in and the GOP activist turn a blind eye.

Yes, Fattman’s wife is Register of Probate in Worcester, and hypocrisy abounds around them. Fattman ran against Dick Moore, railing against the fact that Dick took the per diem reimbursement for travel to and from Beacon Hill, shouting to anyone who would listen that he would never, ever do something like that. Then he got elected and took a newly-created “leadership” position of assistant minority whip, when there was no one junior to him for whipping, but carried an extra $15,000 in salary.

As to the SPLC, they may have made mistakes in the past but on this group, they certainly appear to have gotten it right: https://www.splcenter.org/fighting-hate/extremist-files/group/center-immigration-studies

Somebody has to hold those county offices and if his wife were duly elected to that post I see nothing wrong with that.

Chris, it’s not the fact that the job exists and someone duly elected is doing it – it’s the hypocrisy of this couple and the entire state GOP looking the other way, while they scream about Democrats doing the same thing. The paradox of tolerance is that the one thing a tolerant society must not tolerate is intolerance, and I’m starting to think that the same should apply to hypocrisy. 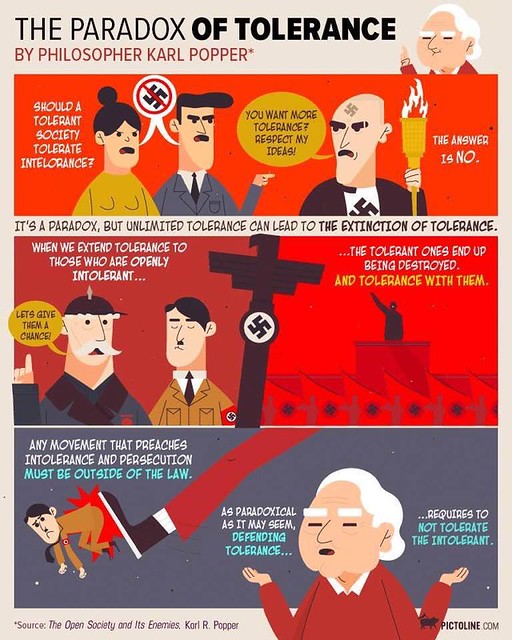 I’m not aware of another instance in the state where both halves of a Dem married couple hold elected office and the GOP is complaining.

Here is the Party Platform which reflects our shared values as Democrats, and reflects our aspirations for a more inclusive Commonwealth. #mapoli

So proud to have been on the 2021 Platform Committee.
https://drive.google.com/file/d/1RZf7sCpTmuvgP4CkEuxdvhAUDxebRBML/view

Thanks @jay4ma for reminding us all that we must enact these policies, not just talk about them #mapoli #MassDems #Convention

@MarthaWKessler @maura_healey @massdems What I heard from Danielle Allen last night was inspiring, smart and uplifting. When I heard Maura Healey, I also wanted to march out that door, and start campaigning. That last part matters too. We have a battle ahead. Stronger together. #MApoli #MassDemsConvention #MassDems

They're sharing the platform now! I'm fairly happy with the outcome of it. Most of the amendments passed were good, and it is the best Mass Dems platform for trans people. #MassDemsConvention #mapoli

I think the @MassAGO just announced her run for Mass Governor! Yay!
Be the governor who will talk about root causes of systemic issues & go boldly after them. Perhaps only a woman can go where no man has ever gone before!
Let's go, Maura Healey!
@massdems
#Convention2021
#mapoli

I love hearing from all of the #MassDems today at the #MassDemsPlatformConvention. I am a proud lifelong Dem. But, what I really need to hear from each of them is what they did right here. Too much left ignored and undone here in our own state. Change starts here. #mapoli