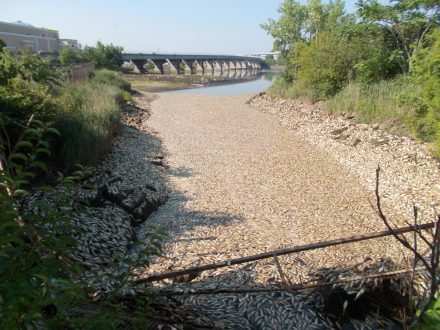 As meteorologists forecast this week’s sweltering heat and humidity to finally break tonight, here’s a recap of this week’s late-summer heat wave:

How do we know global warming is loading the dice for heat waves exactly like the one we’re suffering through?

But as usual, Google News searches turn up little coverage connecting the dots between the heat and the climate crisis. (If I missed any, please link to them in comments.)

Epstein seems to revel in being a contrarian who lectures climate scientists about going too far connecting climate patterns to daily weather. On a day when the Washington Post is running the clear-eyed headline “Climate change could render many of Earth’s ecosystems unrecognizable,” he makes the Globe’s climate coverage look painfully behind the times.

WCVB did not connect climate disruption to February’s record heat or the ensuing nor’easters fueled by incredibly warm coastal water. But they did run a story this week during the heat wave connecting the nor’easters to global warming without mentioning this week’s heat wave at all. Maybe this winter they’ll do a story about how climate change fueled the heat wave?

“The impacts of climate change are no longer subtle,” leading climate scientist Michael Mann told CNN. “We are seeing them play out in real time in the form of unprecedented heat waves, floods, droughts and wildfires. And we’ve seen them all this summer.”

Maybe some day, Boston’s media will start covering global warming as the clear-and-present crisis that it is. But we haven’t seen it this summer.