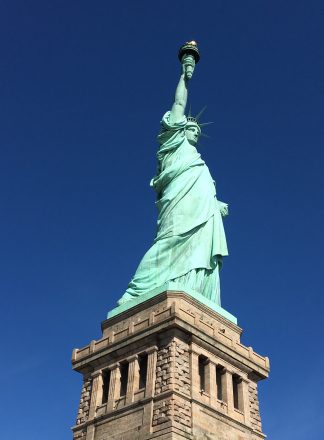 WHAT: “Song of Resistance”, a concert/fundraiser for five Democratic congressional candidates.
WHEN: Saturday, September 8, 8pm
WHERE: The Edward M. Pickman Concert Hall at the Longy School of Music of Bard College, 27 Garden Street, Cambridge MA
WHO: Singers and instrumentalists from some of Boston’s brightest classical music lights.
HOW: Tickets $35/$60/$100/$250/$500 via ActBlue: https://secure.actblue.com/donate/songofresistance

Patrons of this humble online banana-stand may remember the Obama concert in 2008; or even before this blog existed, the Kerry concert in 2004. It’s been a while, but with so many musicians and music-lovers wanting to check this predatory, cruel, and corrupt  administration, I felt it was time to get the band together again, as it were. The program is eclectic — just how I like it. Pretty heavy on American music, but with a Renaissance set as well. I’m very grateful to all the performers who are contributing. They are colleagues but I am unreservedly a fan of each of them.

The ActBlue form allows you to allocate your contribution however you’d like. I tried to keep the roster regional for the House, and include a stretch for the Senate. O’Rourke has the nation’s attention for his impassioned and principled take on NFL players kneeling in protest of racial injustice. And he’s running against Ted Cruz – enough said.

The Facebook event page is here; please share in your networks. And buy a ticket! (If you can’t attend, there’s a box to simply put in a donation, too.)

Press release, including performers, beneath the fold:

WHAT: “Song of Resistance”, a concert/fundraiser for five Democratic congressional candidates.

WHERE: The Edward M. Pickman Concert Hall at the Longy School of Music of Bard College, 27 Garden Street, Cambridge MA

WHO: Singers and instrumentalists from some of Boston’s brightest classical music lights.

CAMBRIDGE, MA: Musicians who have contributed to the fabric of Boston’s artistic life are now contributing their efforts to our democracy. Called “A Song of Resistance”, their concert aims to raise $10,000 for five candidates for Congress who will resist the corruption and cruelty of Donald Trump’s administration.

“This is a perilous moment for our republic. People in all walks of life are fighting back against the Trump administration’s cruelty and corruption. This is what we can offer as musicians: Our work — for funds, but also for morale,” says concert organizer and performer Charles Blandy.

The musicians are members of Boston’s leading musical lights: Handel and Haydn Society; Emmanuel Music; Blue Heron Renaissance Choir; Boston Modern Orchestra Project;  and countless others. (nb.: The performers are acting on their own behalf as individuals, and no endorsement whatsoever from these organizations is implied here.)

The eclectic program will feature works by American composers Harold Arlen, Aaron Copland, George Gershwin and William Bolcom. It also will feature works of the Baroque and Renaissance, including a powerful a cappella set with music by the composers William Byrd and Giaches deWert. “Especially when so much we treasure — culturally, civically —- is under assault, we wanted to celebrate some of the best of American culture. But the Renaissance pieces can be seen as topical, as well,” says Blandy.

Tickets can be purchased via ActBlue: https://secure.actblue.com/donate/songofresistance
Proceeds from the concert will be split between four US House candidates and one US Senate candidate (specific allocations can be customized by the contributor):

Giaches DeWert:Vox in Rama clamavit (A voice in Rama cries out)
William Byrd:Ne irascaris Domine (Be not angry, Lord)
Exsurge Domine (Arise, Lord)
Non vos relinquam orphanos (I will not leave you as orphans)

To piggyback on this post, please check out FlipCongress and consider donating to the candidates most likely to flip red districts blue. Golden and O’Rourke are certainly among them.

Thank you. That was a great evening.

Charley on the MTA
Author
Famed Member
Reply to  jwarren

Thanks so much for coming!!

If there was any doubt how much of a right-wing kook Dean Tran has become, note that “Senior Advisor to the campaign Rafaello Carone” is a Madison Cawthorn guy. #mapoli #ma3

“Apparently you can only achieve recognition as an Asian-Amerian if you’re a Republican.” Isn’t that right @massgop @JimLyonsMA ? #mapoli #ma3

Great article from @ditikohli_ at @BostonGlobe on Boston's historic lack of nightlife and where it's heading now. Good to see this touching on the ability of the City to attract talent and bring destinations to different neighborhoods. #mapoli #bospoli

"After a brief chase"

So, no 60 bullets to the back?!🙄🤦🏾‍♂️ Black folks run a stop sign and cops somehow can NEVER manage to capture POC alive. But when white folks massacre countless, they always somehow make it into custody safe and sound. Funny how that works! #BOSpoli #MApoli

BREAKING: 15 minutes ago, Robert Crimo was spotted by police. He fled from police. After a brief chase, he was stopped and arrested, police say. @cbschicago

Well now..... it seems a little of the Marxism in Marxichusetts is disappearing... #MAPoli #2A #WomensRights

How quickly the tide changed in the Bay State https://buff.ly/3upxTiR

As a candidate, it’s important to understand how to attract, train, and retain a winning campaign team. Join us 7/21 for an exciting master class with @christielindor1 on campaign team organization, culture-building, and more. https://bit.ly/MWPCbuildingteam #mapoli

The #MBTA is about to lose federal funding at a critical moment when ridership has not yet recovered. Will the state make up the difference? http://ow.ly/wyee50JOHg0 #mapoli #MBTA