“All the smart folks are only talking obstruction because the counterintelligence piece is too big and confusing and the result is that Americans have no sense of the scope of the story.”

Seth Abramson was the first reliable writer I read when I started my personal mission to research the Trump Russia Connection. Aside from some dubious people, no one was saying much about the Connection. Abramson, on the other hand, began digging up the dirt, pioneering what he refers to as curatorial journalism, collecting and organizing public information and putting it into a meaningful context. Abramson’s sources are all public, his based on his background as an attorney. Respect came slowly to him, but it eventually came along with his bestselling book Proof of Collusion.

Abramson was ahead of the curve when he started writing about Trump and collusion. He’s ahead of the curve now as well, trying to refocus the media away from Trump’s obstruction of justice and to Trump’s collusion—past and likely future—with foreign powers. Democrats are inching closer to impeachment over the President’s obstruction of justice, Abramson says, but they and the media we are missing the bigger picture: the President is compromised by multiple foreign powers and carrying out actions that benefit those powers to the detriment of the American people.

The difficult task—too difficult for the mainstream media based on day-to-day stories—is comprehending the totality of Trump, his crimes, and his motivations. This excerpt lays out what may be best described as Abramson’s theory of the case:

Americans should not overlook the fact that turning our policies toward Russia, Saudi Arabia, and the United Arab Emirates (to offer just a few examples) on their head has only made Americans less safe. In the Middle East, our new, melodramatically hostile policy towards Iran substantially increases the odds of a war between a nuclearized Iran and a nuclearized Saudi Arabia and UAE — especially now that the Trump administration has, as we just learned, begun the process of sending nuclear technology to the Middle East, including to countries from which we previously had withheld that technology for very good national-security reasons. And even more strikingly, in the case of Russia, turning our foreign policy completely on its head has endangered the stability of NATO. It has endangered the European Union, and therefore the shared financial fabric of our allies in Europe. 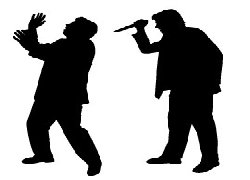 In both the Middle East and Russia, we can trace this dramatically reversed foreign policy back to business investments and payments made by the Russians, the Saudis, and the Emiratis directly to Donald Trump and Jared Kushner. We know what the payments are. We know who made them. We know when they were made. We can trace how US foreign policy changed with these payments. And we know that’s called bribery, again one of our Constitution’s two enumerated impeachable offenses.

To some, Abramson’s theory of the case may seem far-fetched. That’s okay. Theories exist to make sense of disparate events. Theories are meant to be considered and disproven in light of existing and new evidence. There will be more of both to come.

UPDATE: “I proposed to Trump & Putin to form a U.S.-Russia-Israel trilateral committee that will meet in Jerusalem to discuss the security situation in the Middle East & both of them agreed.” -ISRAEL PM, Benjamin Netanyahu

Stay warm this weekend! The @CityofBoston is activating BCYF facilities as warming centers today and tomorrow. Here are locations near the 12th Suffolk, and you can find a full list of BCYF facilities and hours at http://bit.ly/BCYFWarming #MApoli #Bospoli

Increasing housing supply is a top priority. The Healey-Driscoll administration is proud to have filed the Immediate Needs Bill to ensure the core capital programs that support these objectives are sufficiently funded and continue to operate. #mapoli https://www.masslive.com/politics/2023/01/mass-housing-crisis-gov-maura-healey-files-new-executive-order.html

Did "W" lose it with another Fed?
Isnt he busy counting stoplight intervals at Nantasket Beach or tittle-tattling on troopers' GPS if they leave their house at 7:03 am ???
Did he "interfere"? Asking for a friend. #mapoli @MSPTroopers @dmb1031 @TheRedWhine

Word is feds -- Homeland Security -- have served warrants at @MassRMV hdqs in Quincy in probe of commercial drivers' licenses, illegals.

MSP brass angry they didn't get heads up, had verbal confrontation w/feds.