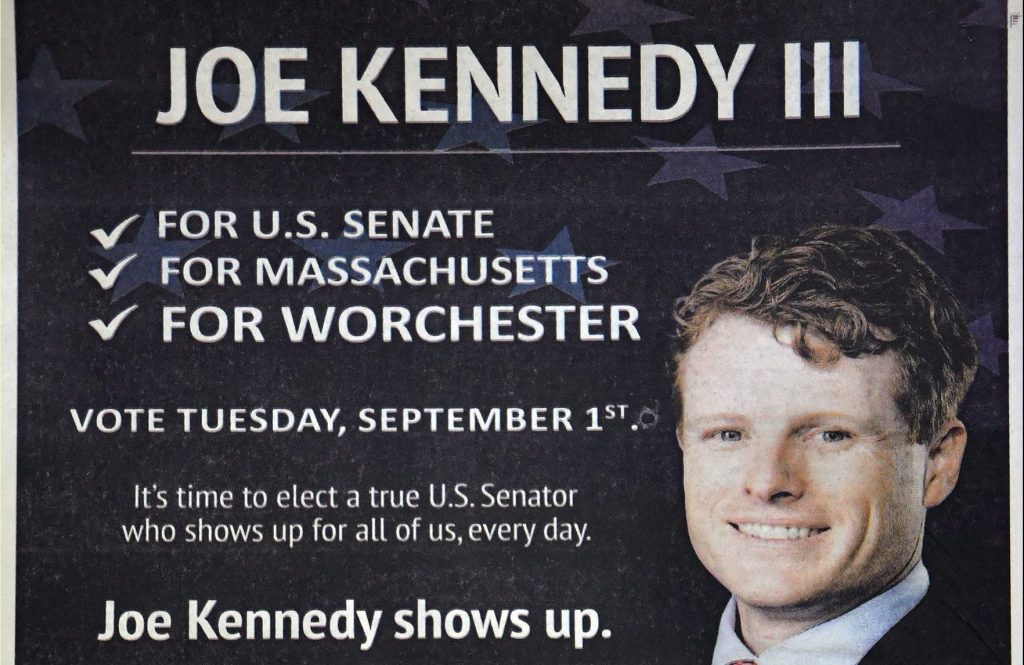 What is it with the Kennedy people and Massachusetts cities and towns?

This one had nothing to do with the campaign: it was an ad in the Worcester Telegraph by Local 103 IBEW (story).

But recall the self-owning attack on Markey earlier this summer for neglecting the Town of Enfield (unincorporated since 1938 and largely at the bottom of the Quabbin reservoir). That one was from the Kennedy campaign.

Maybe a pattern of not completely in touch with Bay State municipalities?

Remember, though: as Worchester goes, so goes Ripton.

The Quabbin gaffe was a good chuckle — but it did betray a cheesy, empty political opportunism, which stomped all over Joe’s message. But at least someone stood up for the timid prairie folk of Enfield, whom JKIII sadly may never get to represent.https://t.co/EXoamSQKTi

This has actually happened a few times over the years–usually on the postcards that come by direct mail, and on behalf of people running for school committee or city council.

I have to assume that some agency has this typo somewhere, and it keeps getting cut-and-pasted. It is surprising that it happens so often.

So weird because not remotely like how “Worcester” sounds. I mean they could have misspelled it Wustah, Wooster, etc.

So whoever is doing it is not from here.